70% of Internet Users in APAC Use Android on Mobile

Google’s annual I/O developer conference saw the introduction of Android Go, a lightweight version of its operating system catering for low-end devices and limited data plans. Today, we outline why this move will ensure further growth for Android.

That such a large selection of mobile brands run their devices on Android has guaranteed the dominance of this operating system in all regions (though it’s lead over iOS is narrower in North America). Fast-growth markets (particularly in APAC) have become fierce battlegrounds for many mobile brands looking to sell cheap and low-spec handsets, putting pressure on OS developers to optimize their services accordingly.

Regionally, the bulk of potential mobile purchasers are in APAC, where 1 in 3 online adults say they plan to purchase a mobile in the next 6 months (and that doesn’t include the many unconnected consumers set to get online via mobile in the near future). As such, it’s no wonder that the likes of Android and Facebook are placing so much importance on developing lightweight versions of their services. 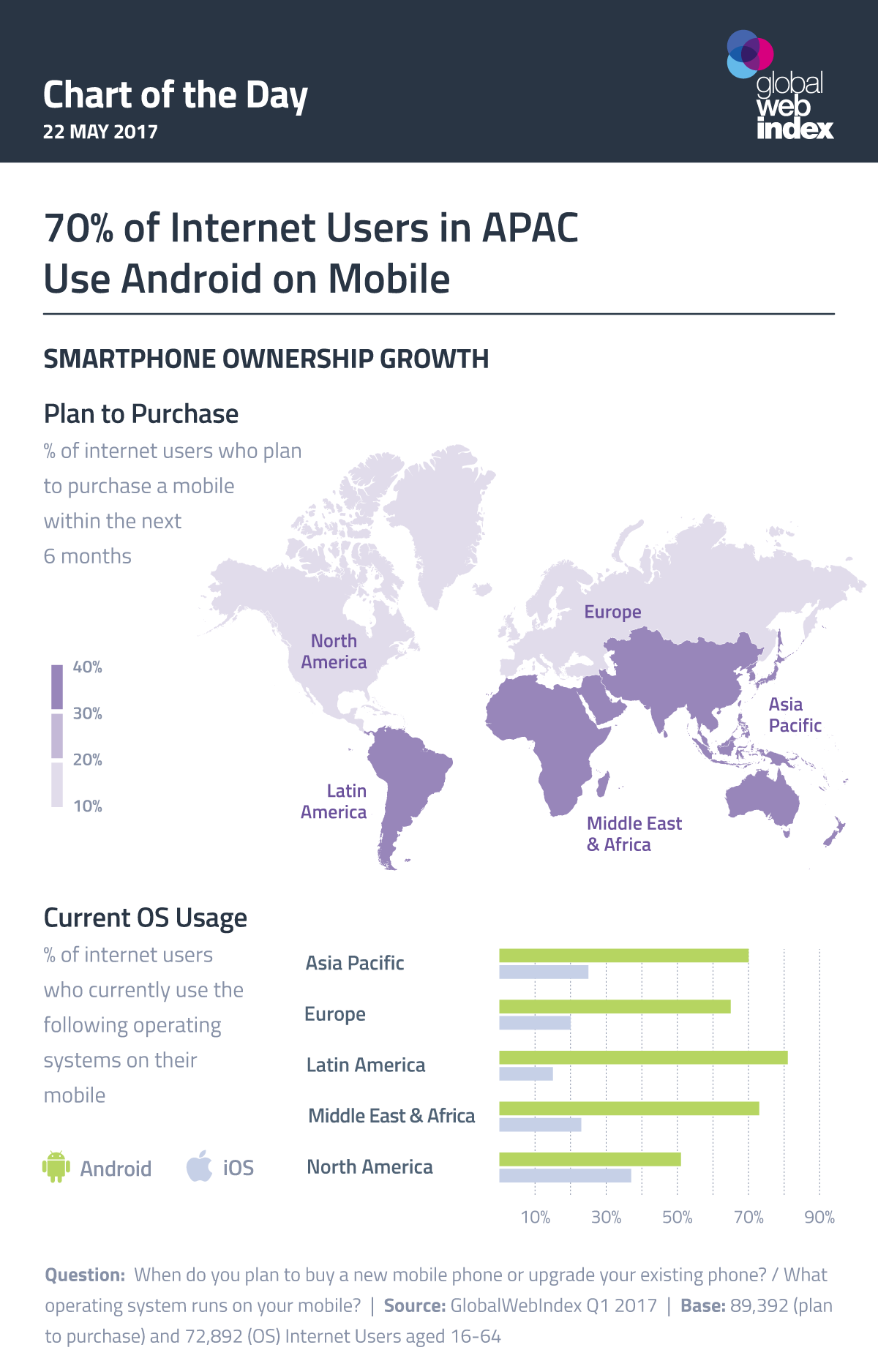