Recently, GlobalWebIndex spent some time playing with the Explorer Edition of Google Glass – check out our review here.

Currently priced at $1,500 in the US and £1,000 in the UK, Google Glass remains an expensive purchase for even the keenest of tech fans. But with the upcoming Consumer Edition widely expected to carry a (much) lower price-tag, which groups are the most interested in engaging with wearable tech (defined here as a smart watch, a smart wristband or Google Glass)?

At a global level, an impressive 64% of internet users aged 16-64 say that they’ve used a piece of wearable tech already or are keen to do so in the future. But this can rise much higher among certain segments – with men (69%) having a notable lead over women (56%) and 16-24s (71%) outscoring all of the other age brackets.

Interestingly, though, interest is relatively equal by income. Sure, the top quartile (71%) is slightly ahead of the lowest one (63%), but a much cheaper Consumer Edition of Google Glass will enter a marketplace in which audiences of all income backgrounds are potential customers. 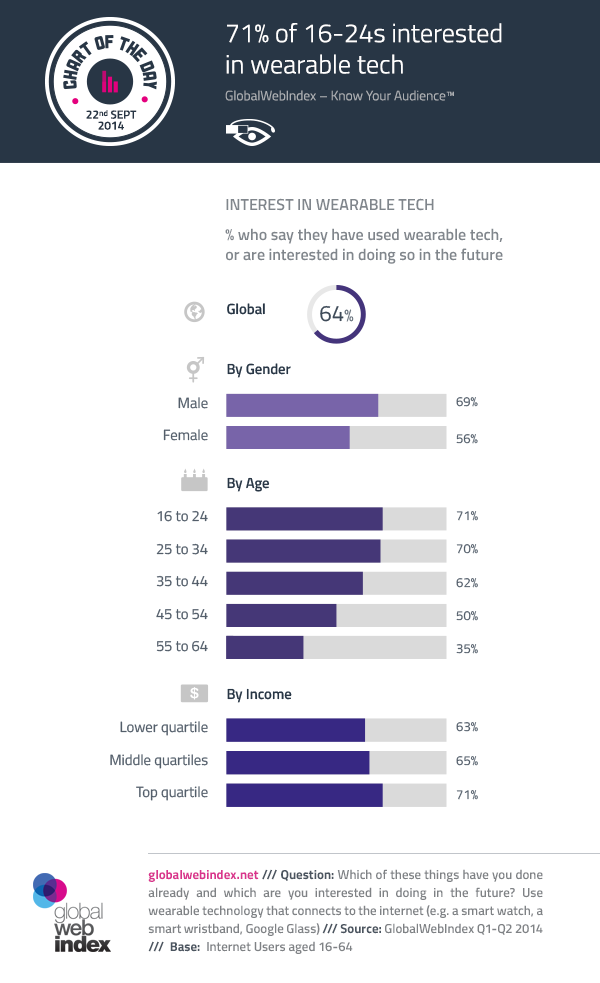