72% of teen second screeners are chatting to friends

What is driving the second screen trend among teens (defined here as 16-19 year-olds)?

By some distance, chatting to friends is the most popular reason – giving further insight as to why mobile messaging apps have seen such rapid levels of growth among younger demographics. Teens are also ahead for playing games but lag behind other internet users for reading news stories.

Across both groups, it’s significant that the most common behaviors among second screeners do not relate directly to the television content being watched. Clearly, then, a considerable amount of multi-screening activity is rather informal in terms of character. 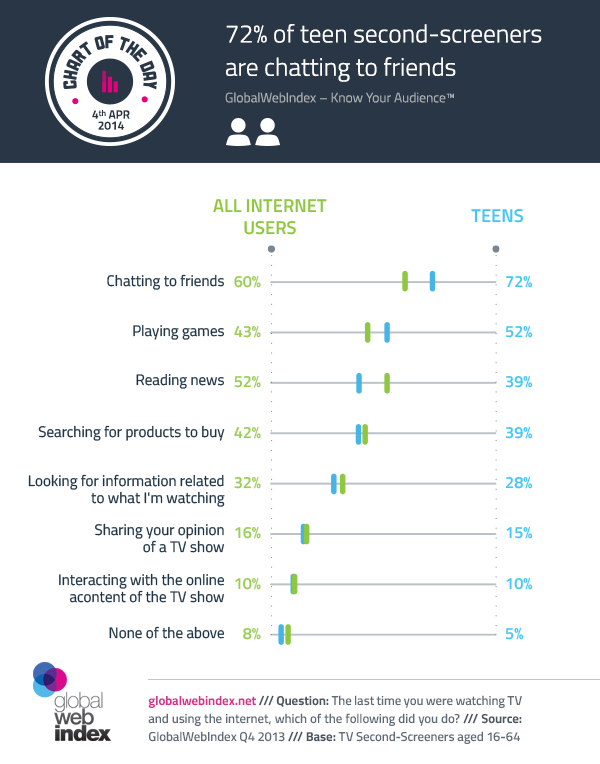