Data from our new GWI Social report (you can download a free summary here) shows just how dominant a force WeChat is in China.

Among online adults aged 16-64, some 73% are using it each month – a level of reach rarely seen for a social app and one which places it significantly ahead of the leading global names such as Google+ and Facebook (as we discuss in the report, accessing via a mobile is just one of the ways that Chinese internet users are bypassing national restrictions on major international social platforms).

WeChat is also enjoying buoyant growth outside of China. It’s a major player in the APAC region in particular (being used by a third in countries like Malaysia and a fifth in India), but is seeing rises in almost all of the countries tracked by GWI. In fact, between Q1 2013 and Q1 2014 it was the fastest rising app of all and could easily become the first non-US social platform to enjoy the type of global coverage previously achieved only by names like Facebook. 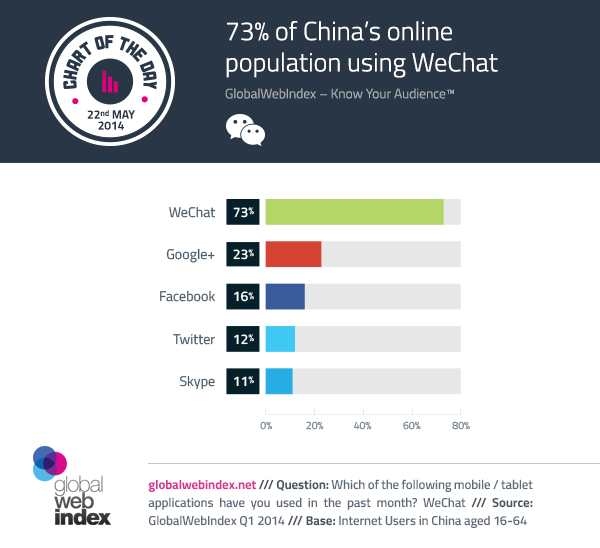