74% of Chinese internet users are social networking each month

Today we draw on highlights from our new infographic tracking social networking behaviors in China.

Overall, nearly three quarters of Chinese internet users aged 16-64 say that they’ve used a social network within the last month – a figure which translates to an impressive 350 million people and which underlines the sheer size of the social population in this market.

In terms of active usage, Sina Weibo remains in first place; despite restrictions imposed by the government having caused a sustained decline over the last year, it’s still nearly 3 in 5 who are using the service.

Following closely behind are Qzone and then Tencent Weibo, but there are also sizable audiences for international platforms such as Google+, Facebook and Twitter. Indeed, although they are subject to official bans, our infographic demonstrates how large numbers of Chinese internet users are turning to VPNs, Proxy Servers and other tools in order to gain access to the global giants of the social networking world.

The dominance of WeChat within the messaging space is also plain to see: some 88% of mobile internet users are chatting via the app each month. 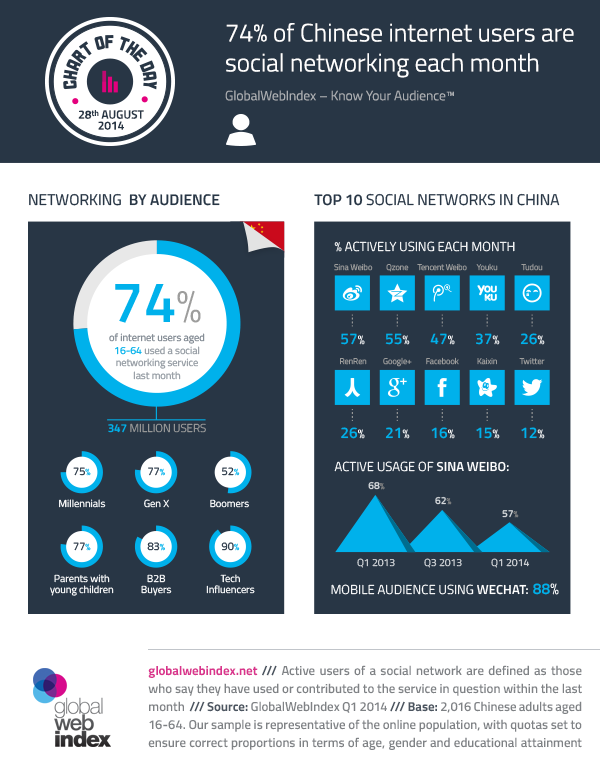