Every year, the e-commerce phenomenon of Singles’ Day reminds us of just how enthusiastic Chinese digital consumers are about online commerce. This year’s event, now expanded to cover 24 days, will culminate tomorrow in a frenzy of purchasing.

In China, being an internet user is almost synonymous with being an online shopper. GlobalWebIndex’s research shows that 87% of internet users there are shopping online, peaking further among 25-34s (the exact demographic that Jack Ma’s Alibaba has targeted with Singles’ Day).

And it’s mobiles that are driving this trend. Not only are digital consumers in China 50% more likely than the global average to be shopping online via their smartphones, they are more likely to be purchasing via a mobile than via any other device.

That m-commerce is such a major force in India in similarly important. Given that hundreds of millions of people are still to come online for the first time in markets like China and India in the years ahead, m-commerce’s position of dominance is only going to get stronger. 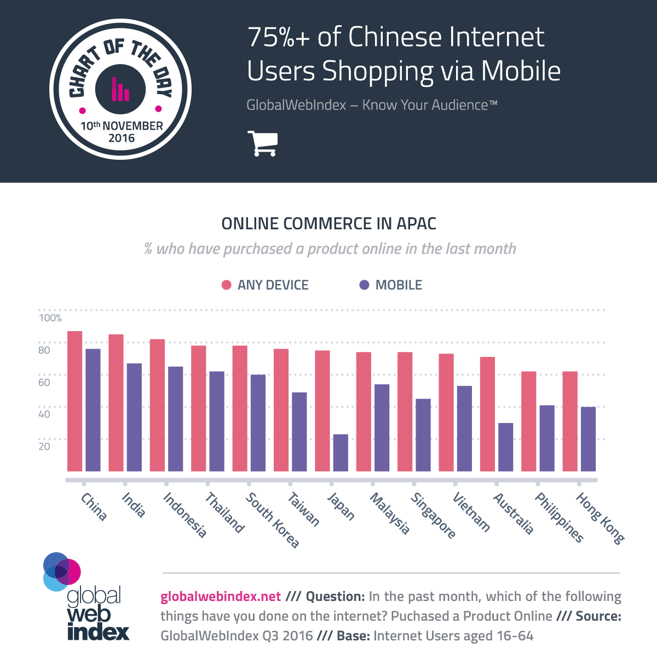