78% of internet users in MENA visiting Facebook each month

To mark the release of another new set of GWI Infographics, today’s post previews one of the new additions just uploaded to the Insight store – a profile of Facebook users in MENA.

Overall, an impressive 78% of internet users aged 16-64 in countries like Saudi Arabia and the UAE are engaging with the social networking giant each month.

Interestingly, though, the likelihood of visiting Facebook rises in line with age – with a figure of 70% among teens comparing to 85% for Boomers. Despite this, the relatively young age profile of the internet population in this region means that it’s still the 25-34s who dominate in terms of visitor numbers. There’s also a clear gender effect at work: 7 in 10 of those visiting Facebook in MENA are male.

As in other regions, the numbers accessing Facebook via mobiles and tablets are climbing quickly. But with 1 in 3 sharing their mobile with others, and 2 in 3 doing the same with their tablet, it’s clear that the person automatically logged in to Facebook via its app will not always be the same individual who is actually using the device. 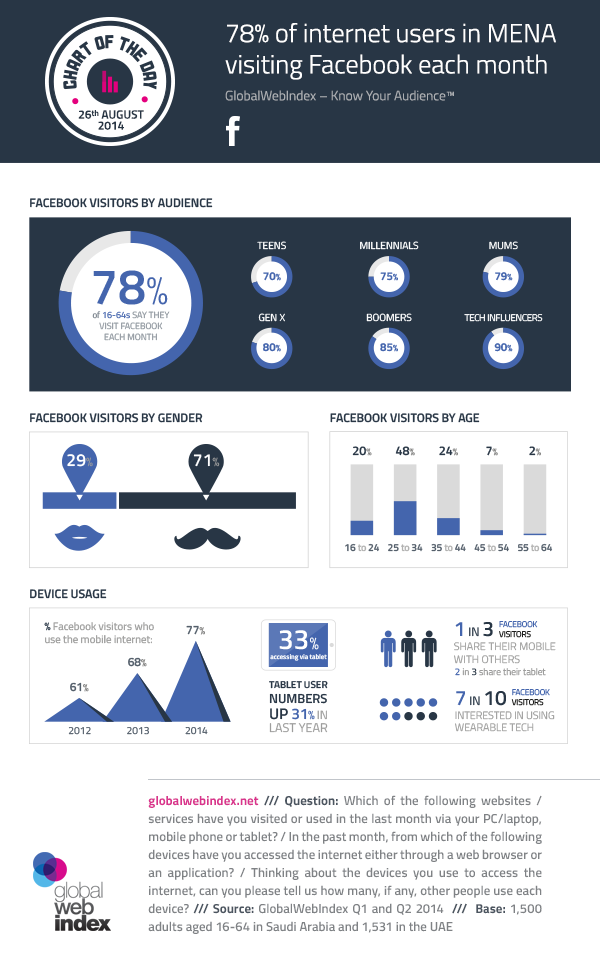