With a range of“Reactions” now sitting alongside the classic “Like” button on Facebook, our midweek chart looks at how this new feature could be key to turning Facebook’s visitors into active users.

GlobalWebIndex’s research shows that Facebook continues to dominate the social media landscape, with 81% of online adults having an account on the service. But it’s how people are engaging with the site which is particularly interesting: while 78% say they’ve visited Facebook within the last month, it’s a much smaller 47% who consider themselves to be active users.

“Reactions” could have a key role to play here. By giving users a greater range of ways to react to their friends’ updates, some of the site’s frequent but less-engaged visitors could well be converted into more active users. And the more things people click on while using Facebook, the better its Atlas ad-platform will understand which commercial messages are most likely to resonate with them. 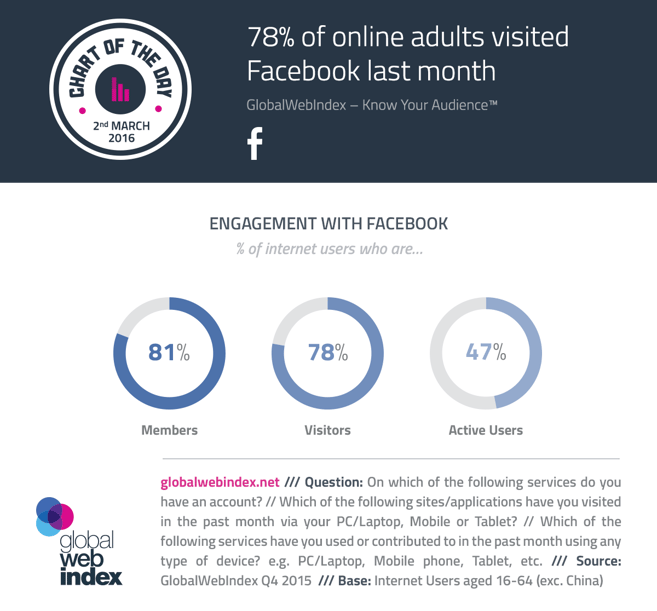