8 in 10 Teens Own a Smartphone

This week GWI launches its new Audience Report on Teens (defined here as 16-19s). You can download a free summary here.

Currently, PCs/laptops still command the greatest share of internet time among the teen audience; on average, 16-19s are online via their PCs for 4.17 hours per day. However, some 78% of this trend-setting audience say that they personally own a smartphone and their daily mobile web usage (3.08 hours) is much higher than the average. It’s also growing rapidly, even though most of this surfing is still being done on 3G (only 16% of Teens say they use 4G).

Elsewhere, the price of tablets is having a clear impact on teen ownership rates. Just 34% of teens own a tablet – a significant under-index. Wearables also suffer from the same problem – only 1 in 10 who have a smartwatch and 6% a smart wristband. 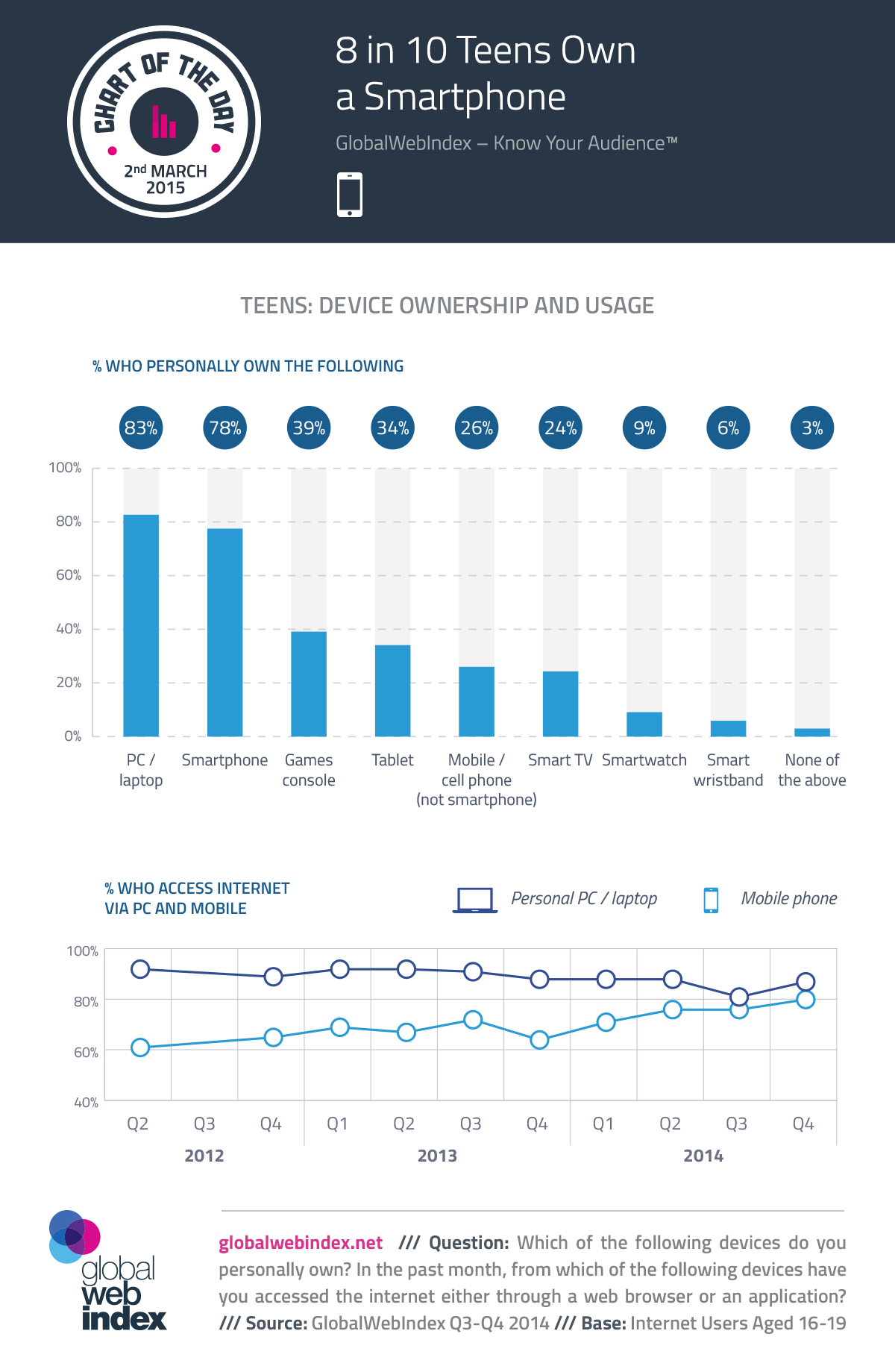