80% of Facebookers use mobile chat apps

Tuesday’s chart draws on more data from our new Mobile Messaging trend to look at messaging behaviors among social networkers.

Across some of the most important networks globally, it’s a minimum of 8 in 10 active users who say they are also mobile instant messengers. It’s a behavior which peaks among Instagram’s young audience, and it’s one that’s very much in line with the move towards multi-networking (whereby behaviors are becoming more specialized as people begin to favor certain platforms for particular activities).

That doesn’t mean we’re abandoning the traditional networks, though. Far from it. Just look at the long-term engagement figures for a site like Facebook and it’s clear that membership and visitation rates are both holding steady. Rather, it’s that people are using a site like Facebook less intensively than before – i.e. visiting it to check their newsfeed without actively posting anything or interacting with other users (something that 1 in 2 active Facebookers say they’ve done in the last month). Quite simply, smaller networks and messaging apps are capturing a lot of the activities that used to take place on the big networks. 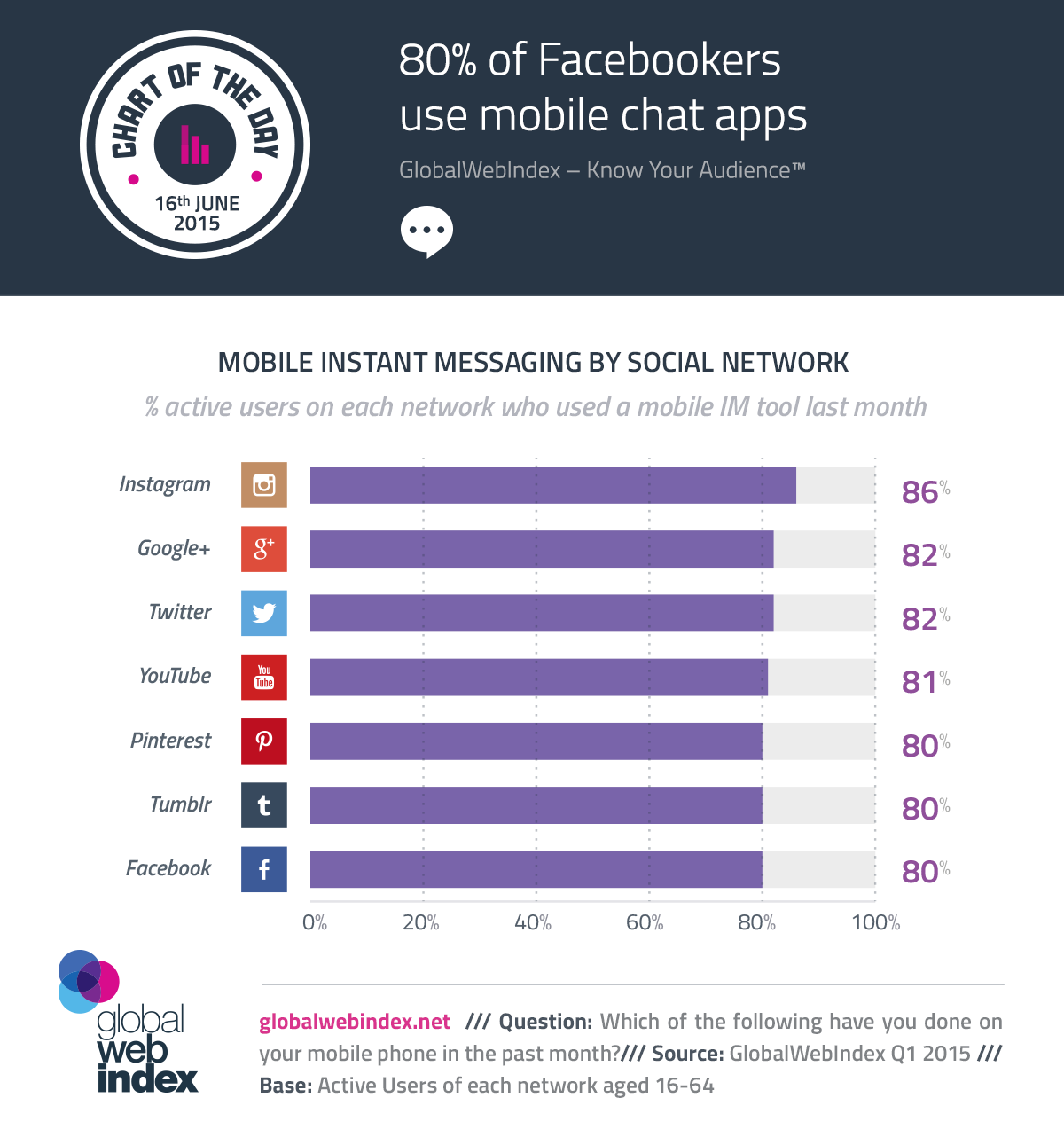