80% of internet users own a smartphone

For our first blog post of 2015, we draw on data from our GWI Device report (you can download a free summary here) to examine current levels of device ownership.

Overall, PCs and laptops remain in pole position, with a mighty 91% of internet users aged 16-64 saying that they personally own one. However, smartphones have now established themselves as absolutely mainstream devices too; an impressive 80% of online adults say that they have one, suggesting that 2015 will be the year when they reach parity with PCs/laptops.

Tablets are also nearing an important landmark; close to 50% of internet users report having one personally, although whether previous rates of growth will continue in the face of ever-improving smartphones – especially in the “phablet” space – will be a key metric to watch in the year ahead.

Wearable devices remain extremely niche; just 9% report having a smartwatch and only 7% have a smart wristband. Nevertheless, with the Apple Watch and a more affordable consumer version of Google Glass on the horizon, the next twelve months should see wearables challenging for more mainstream status. And with CES 2015 starting on the 6th of January, there will be a wave of new product announcements for all of the device categories featured in GWI Device. 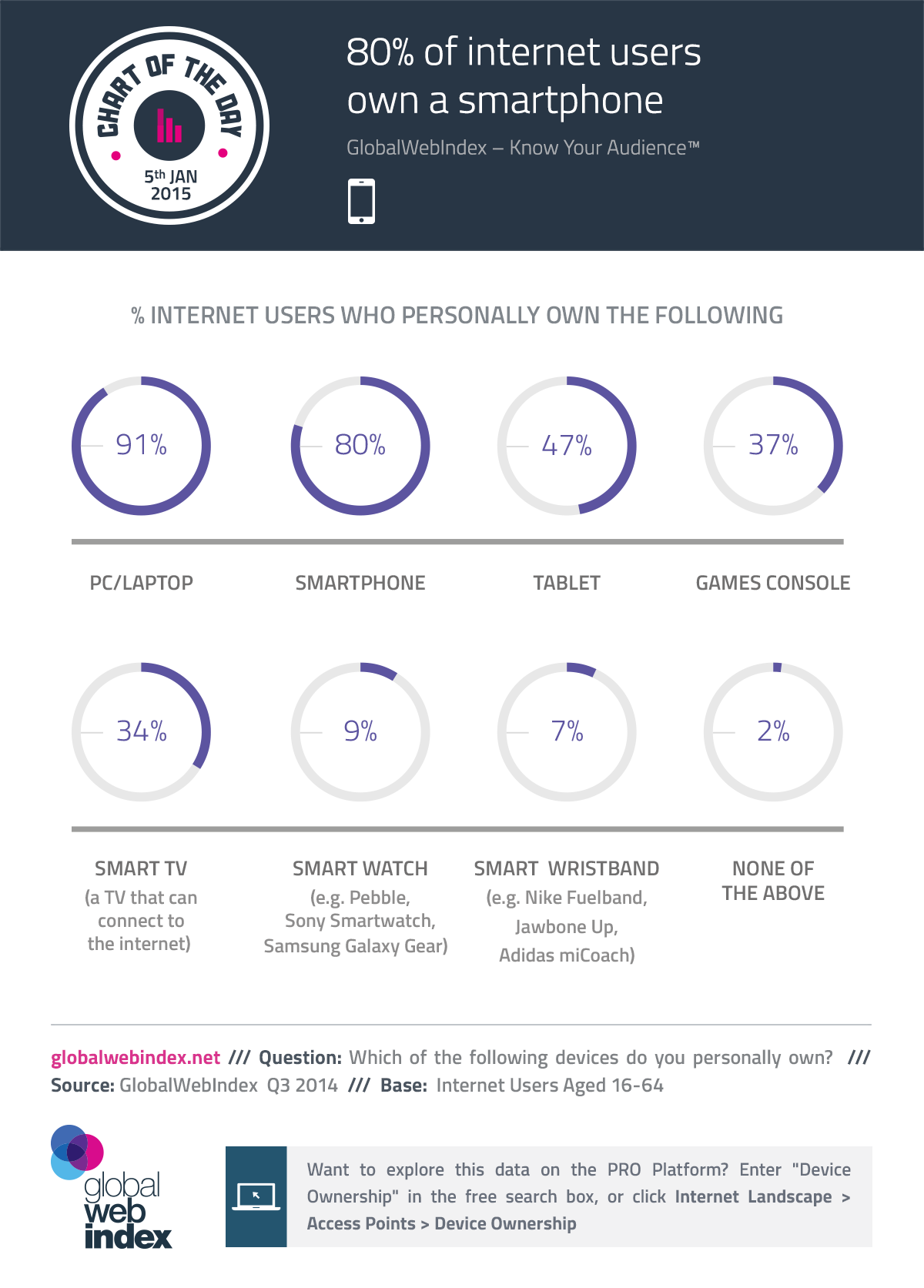