80% of Shazam Users Second-Screen Via Mobile

The interactive possibilities for Shazam have come a long way since its launch in 2002, when users dialed a number and discovered what song they were hearing through a text. In today’s chart, we explore Shazam’s potential as an interactive second-screen platform.

Unsurprisingly, Shazam has attracted a music-loving base; its users say they stream music for almost two hours a day and 1 in 5 feel they are among the first people to discover new artists. What’s more, 92% are second-screening, with 80% doing so on mobile; that’s great news in terms of getting its audio users to interact with the app when prompted by a Shazam code in print or on TV. LatAm (85%) is the region where Shazam Users mobile second-screen the most, while 25-34s (83%) are the top demographic.

As with other internet users, the most popular second-screening activities among Shazam Users are social networking and chatting to friends. But while interactive activities perform less well, it’s here where Shazam Users are furthest ahead of the average. Most importantly, 32% say they are searching for information related to what they’re watching – an over-index of 39%. Shazam will hope that driving awareness of the app’s possibilities can push these figures higher. 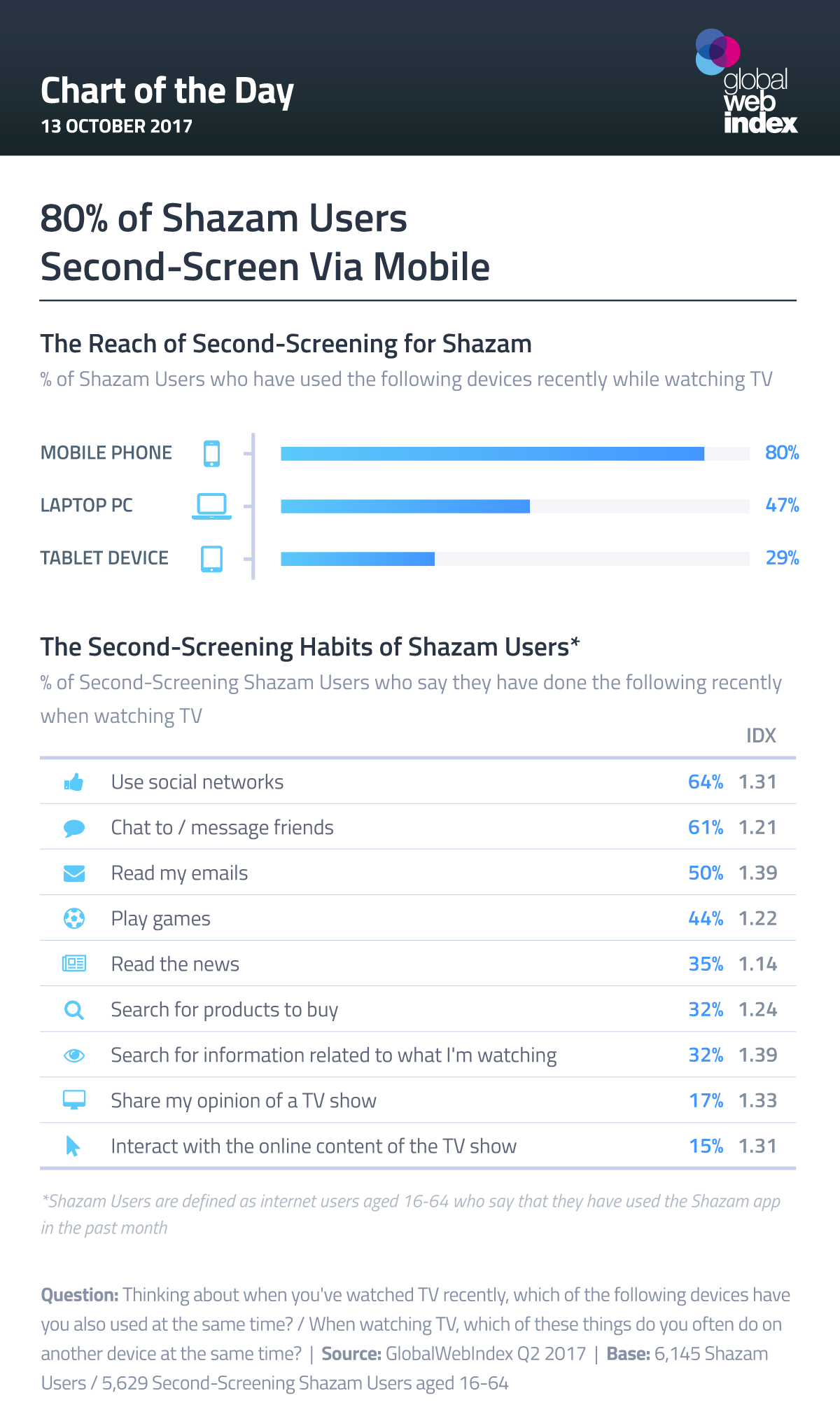