Drawing on more data from our new GWI Social report (you can download a free summary here), today we look at engagement levels on the top 20 global platforms.

Outside of China, it’s clear that Facebook is still in pole position. Just over 80% of online adults aged 16-64 say that they have an account on Facebook, while close to 50% say that they actively use the service each month. That gives it an impressive global reach and offers a warning against accepting any headlines which claim its relevance has diminished.

Three platforms compete for second position behind Facebook: Google+, YouTube and Twitter. Google+ has been performing especially well in emerging internet markets and has seen a 10% increase in account members over the last year.

Despite the social networking landscape having grown much more competitive, it’s these four networks which still dominate proceedings. 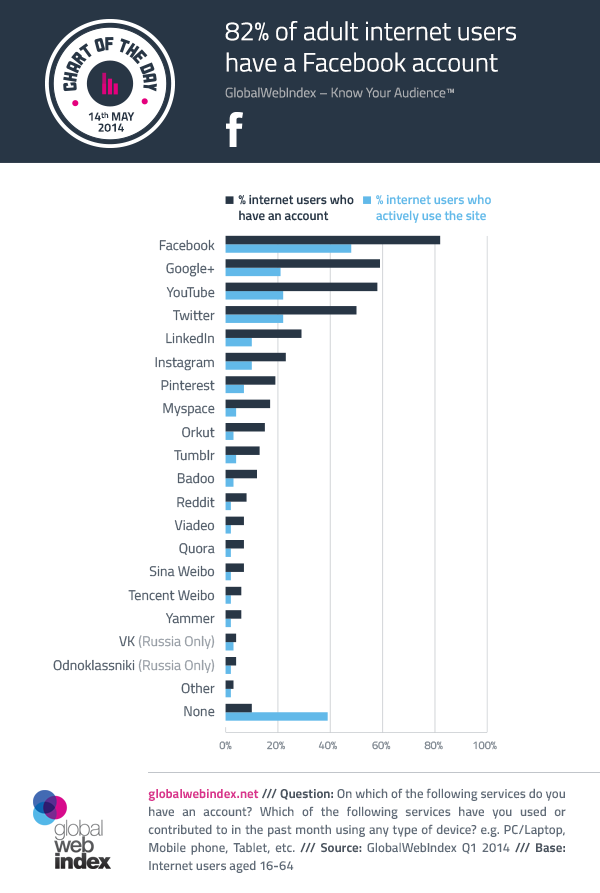