Following on from Facebook’s latest results, our midweek Chart of the Day looks at the number of online adults who are a member of at least one of its four services.

Globally, it’s an extremely impressive 84% of internet users who fall into this category (meaning they have accounts on Facebook, Facebook Messenger, Instagram or WhatsApp). There’s little difference by gender but, significantly, this trend is most pronounced among 16-24s, where 90% belong to at least one Facebook service. That’s something to keep in mind the next time you hear the company has lost its relevance among teens.

What’s also striking here is just how dominant Facebook has become in certain markets. As well as scoring 80%+ in 28 of the countries tracked in our chart, Facebook membership of some type is near universal in places like Mexico, Indonesia and Vietnam.

These figures are extremely encouraging for the company’s future expansion plans. With growth now coming mostly from fast-growth markets (where internet populations continue to increase rapidly), this trend suggests that the vast majority of new internet users over the coming years will join at least one Facebook-owned service.

So, there’s no end in sight in terms of Facebook’s current dominance over the social landscape. 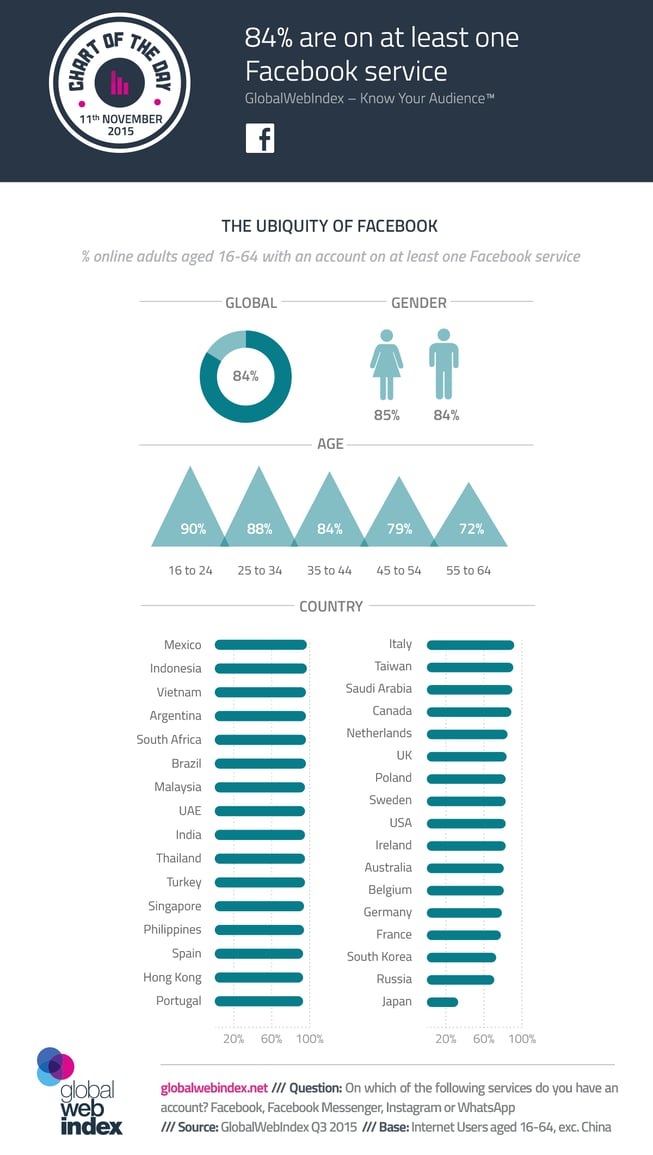