Last Thursday’s announcement that video-sharing app Vine would be shutting down came as a surprise to many, but as our first Chart of the Day this week shows, the transition of Vine’s audience to Twitter could be straightforward.

85% of Viners are currently visiting Twitter on a monthly basis (something which remains consistently high across the age groups), and virtually all of them have an account on the platform. What’s more, this audience is already heavily engaged with Twitter’s existing video offering – half are watching videos on Twitter, giving them a significant over-index on this metric compared to other Twitter users.

Although the shuttering of Vine will no doubt cause some complaint from loyal users, if Twitter can quickly and effectively convince this group that its platform offers equally appealing video functionality, then it could succeed in boosting engagement on Twitter while also cutting operating costs across the company. 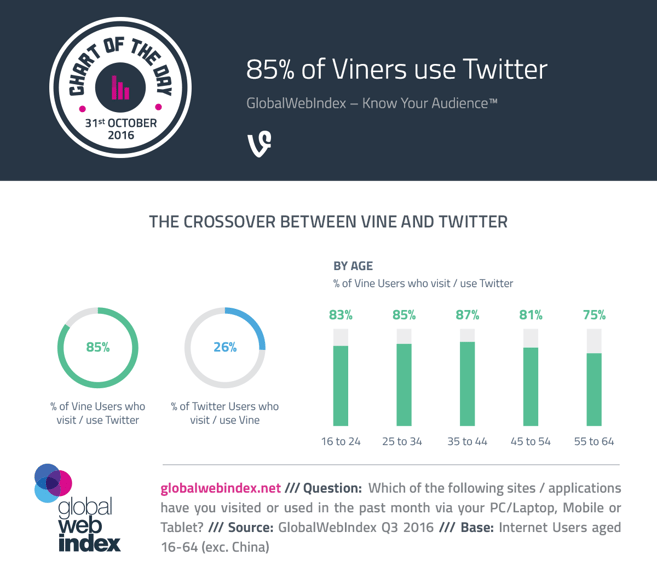