9 in 10 Online Adults Now Own a Smartphone

As our first Chart of the Day this week shows, it’s now 91% of internet users aged 16-64 who own a smartphone – a number which has risen by around 10 percentage points compared to the same time a year ago.

Nevertheless, there are still important regional variations to note here. While most of the global leaders for smartphone adoption are found in APAC (with figures topping the 95% mark in places like Hong Kong, Singapore and China), they still lag slightly behind among the older online populations of North America (82%) and Europe (86%) – both of these being regions where online adults still remain much more wedded to their PCs and laptops.

Even so, that smartphones are now so ubiquitous among pretty much every region and demographic group is arguably the most important story here. 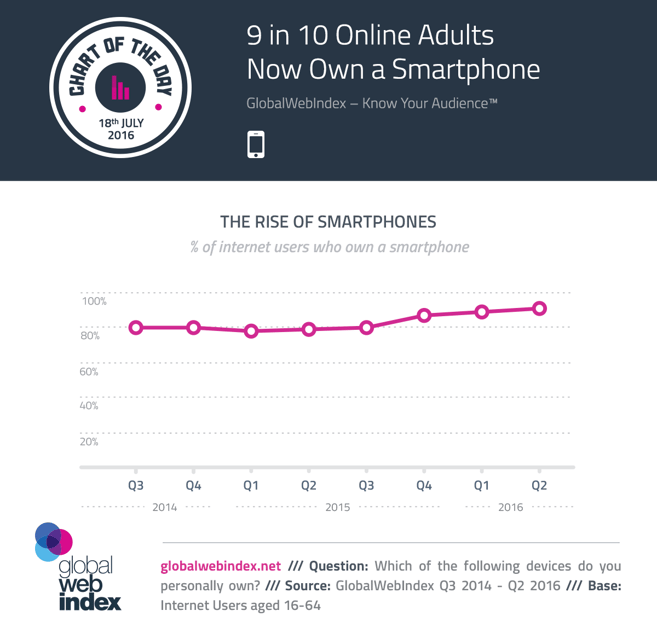