With Facebook rolling out its “live” streaming feature globally, our final Chart of the Day this week takes a look at the current cross-over between Facebook and two of the best-known live-streaming apps.

Tellingly, Facebook membership is near-universal among Periscope (92%) and Meerkat (91%) users. Far fewer might think of themselves as active users on Facebook but, importantly, the vast majority say they have visited Facebook in some form during the last month.

So, with live-streaming only just gaining traction among mobile users, it’s obvious why early entrants like Periscope and Meerkat are bound to come under considerable pressure from Facebook’s latest release. First-mover advantage is certainly important, but they’ll need to work hard to retain their appeal when the biggest player on the scene can offer much of the same functionality.

To explore this topic in more detail, you can download our new Live Streaming trend report here. 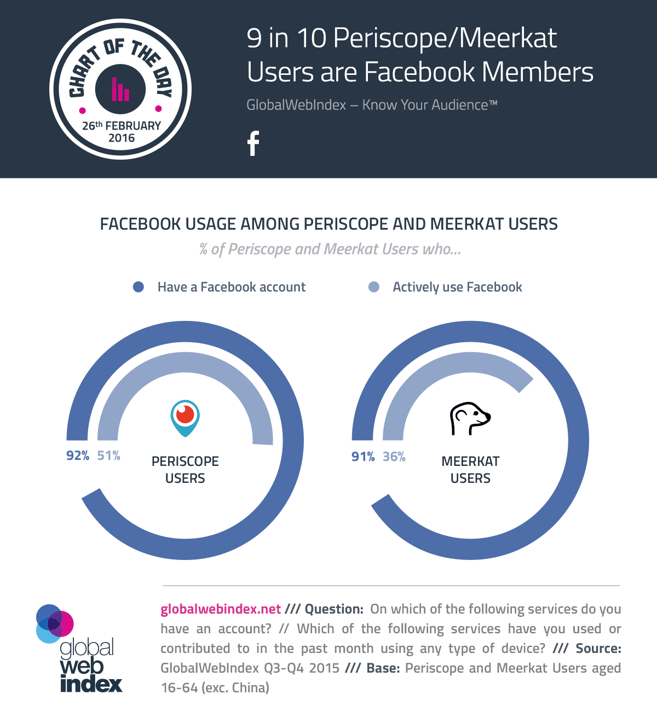