Last week, Spotify launched its own video channel on iOS and Android. So, for this week’s final Chart of the Day, we check in on how many Spotify users are watching videos online.

GWI’s data shows that an impressive 9 in 10 Spotify users watched a video-clip or visited a video-sharing site last month. What’s more, we see consistently strong figures among all the demographic splits. By age, younger users lead the way, with 16-34s posting 92%, but there are rates of 85%+ even among the oldest age groups.

Spotify users in LatAm are the most enthusiastic video watchers – almost all users of the music-streaming service watched a video last month, with other regions also posting high figures. All this shows just how popular video clips are among Spotify’s user base, a trend that the service will be hoping to profit from with the launch of its new channel. 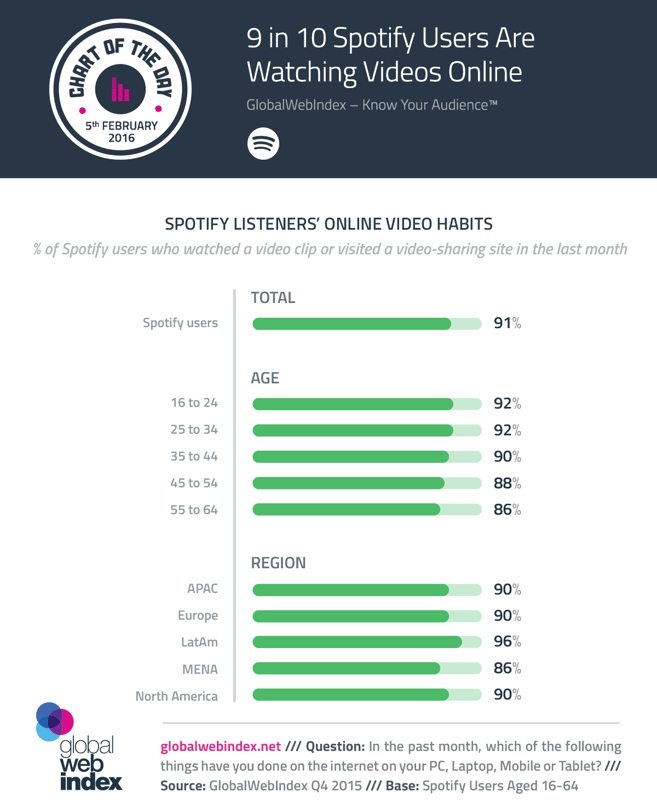