91% of World Cup Fans are second-screeners

With the start of the FIFA World Cup now imminent, our posts this week drill down into the behaviors and attitudes of those who say they’ll be tuning into watch the tournament.

Today we focus on second-screening – an activity which is absolutely prolific among “Real-Time Fans” (those who say they’ll watch as many matches live as possible).

Overall, an impressive 91% of this audience say that they’ve dual-screened while watching TV (compared to 80% among those who say they’re not interested in the World Cup).

If we look at this by device, it’s clear why so much online noise is likely to be made during World Cup matches: mobiles are by far the most popular second-screening device, used by nearly two thirds of those who’ll be watching games as they happen. 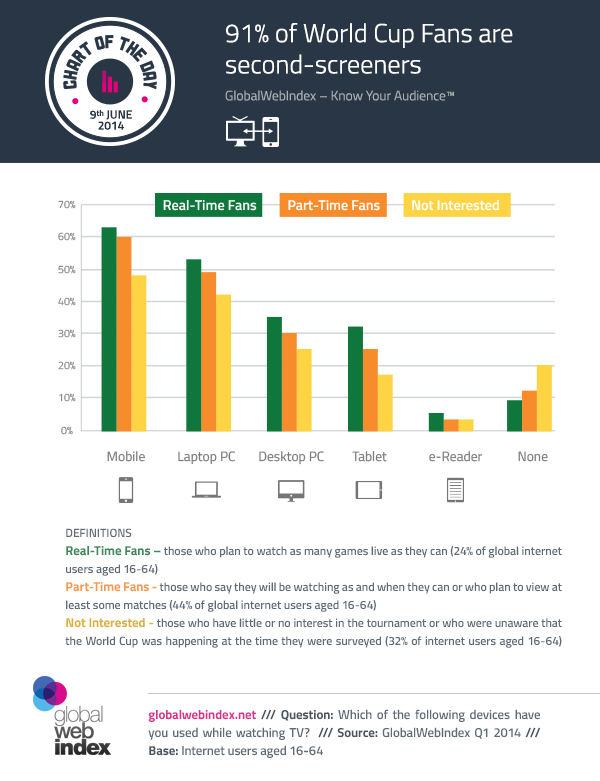