Despite headlines continuing to proclaim the faltering popularity of social networking, this week’s final Chart of the Day shows that it remains a widely popular activity.An average of 1.89 hours is spent social networking each day and, globally, a significant 93% of online adults have at least one social media account.

Engagement is relatively consistent across the income groups and by gender. It’s age-related patterns that are highly relevant here, though. An impressive 95% of 16-34s have at least one social media account but this figure drops directly in line with age. In particular, the oldest group falls 13-points behind the youngest, though it’s still a considerable 82% of these online 55-64s who have an account on a social network.

Finding an internet user who doesn’t have a social media account is a rare thing indeed. 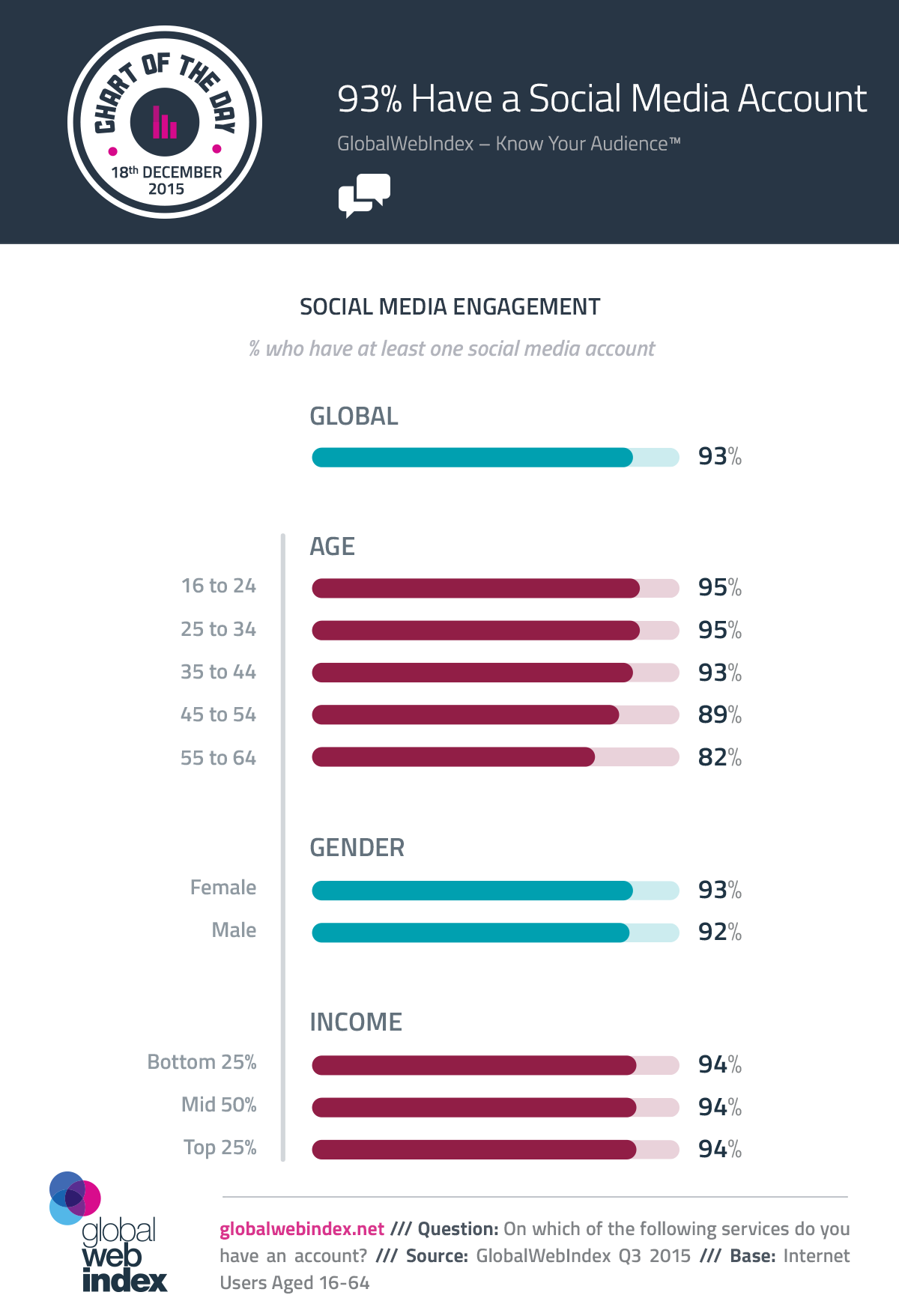