Not only do 16-24s say that mobiles are their most important devices but, as today’s Chart shows, since 2014 the smartphone has overtaken PC/laptops as the most commonly owned device among this age group.

Back in 2014, it was 87% of 16-24s who had a laptop or PC, while 82% had a smartphone. Fast-forward to 2016 and the figure for laptop/PC ownership has dipped by 6 points. In contrast, smartphone ownership has risen by 12 points during this period.

Laptops will remain important devices for these young consumers for some time to come, particularly for entertainment and commerce activities. But figures like these once again confirm that the smartphone is now the primary device for young internet users. 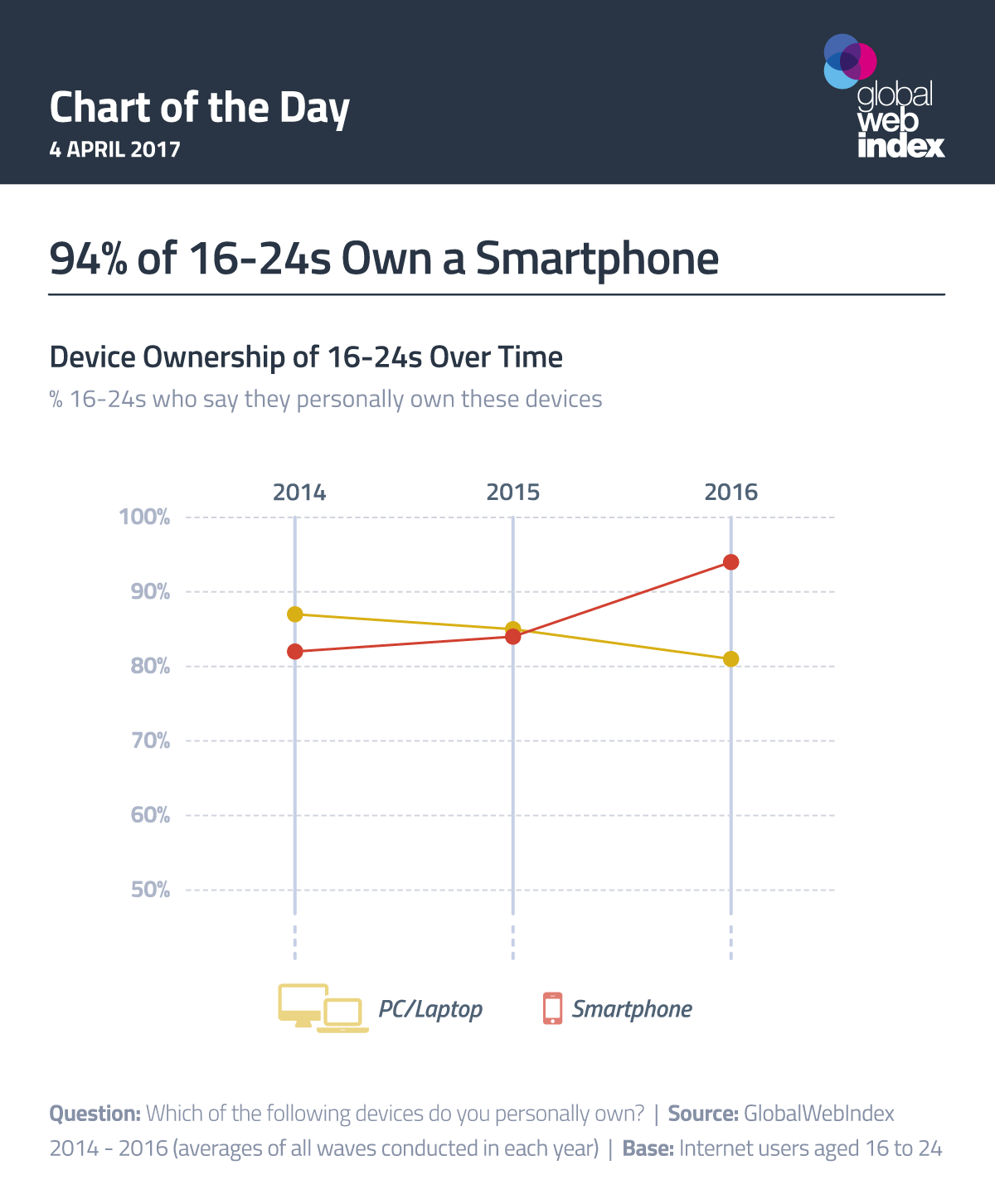