Friday’s blog concludes our preview of GWI’s new Celeb Fans Report by looking at how many people are “following” famous figures via social media.

Unsurprisingly, Celeb Fans are much more likely to be using social networks to follow famous figures but, interestingly, it’s still a fifth of internet users who are doing this (with peaks among 16-24s and internet users in APAC). The importance of this was explored in Wednesday’s blog post – 1 in 4 on Twitter are retweeting celebs each month.

Facebook is still the most popular network among those who are strongly interested in celebrities; outside of China, 90% of this group have an account and half are active on the site. This gives Facebook a significant lead over its rivals, with YouTube, Twitter and Google+ all having active usage rates around 30%.

Nevertheless, smaller, more specialized social networks are drawing Celeb Fans too – since 2012, for example, Tumblr and Pinterest have both seen 4-fold increases among this audience. 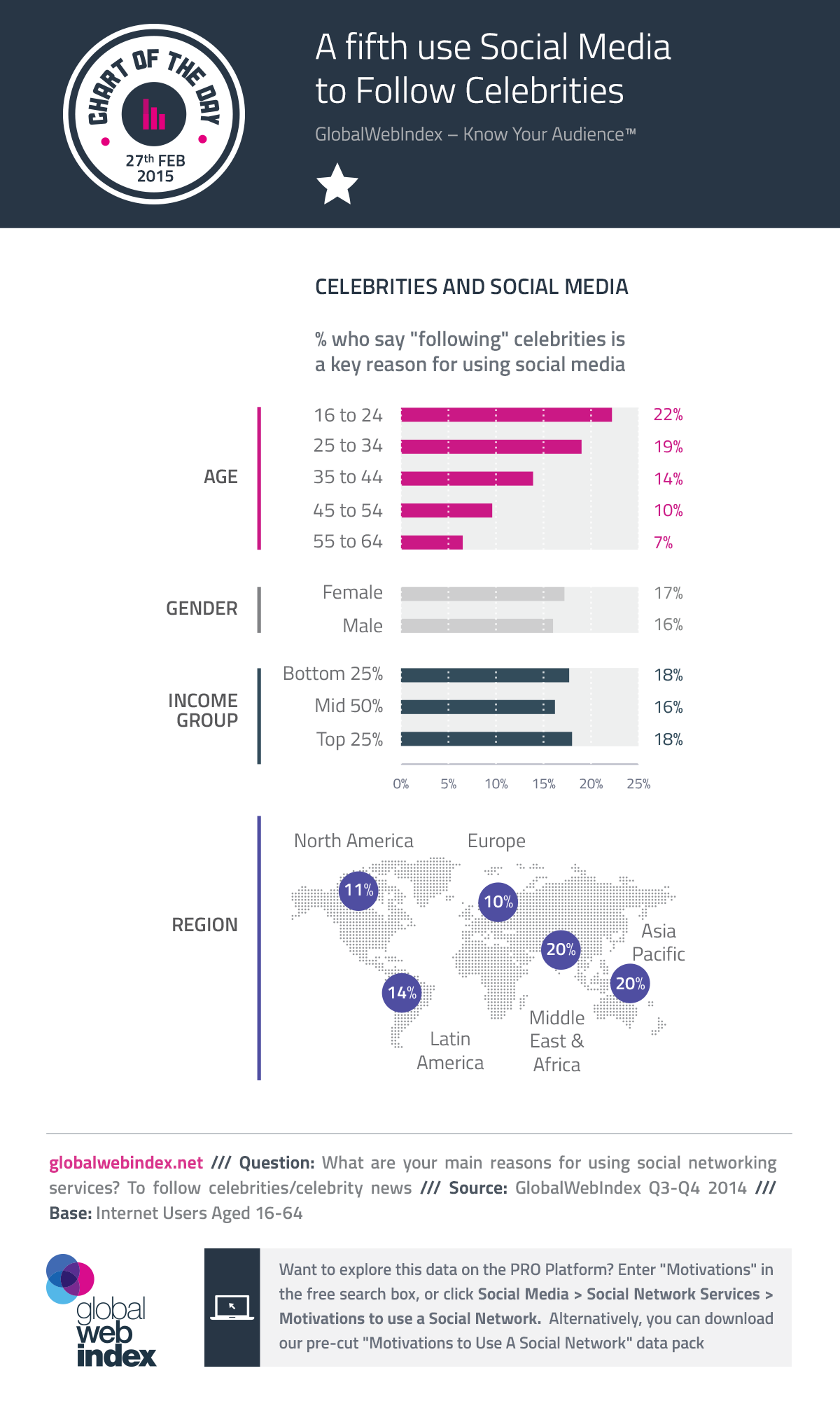