A quarter of US teens using Vine

Recently, Vine launched a new version of its app that lets users create six-second video clips from footage stored on their mobile’s camera roll. It also included a range of new editing features, thereby changing the fundamental nature of the app as we’ve so far known it.

According to Vine’s blog, the move is designed to give users “total creative freedom”. But as our post today shows, it’s also intended to appeal to the key teen demographic (defined here as 16-19s), a group who – in most of the app’s top markets – are much more likely to be using Vine compared to the national average.

Across GWI’s 32 countries, it’s in the US where Vine continues to enjoy its greatest usage figures: 9% of mobile internet users aged 16-64 are engaging with it each month, rising to 25% among teens. This pattern is repeated in places like Canada, the UK and Australia, where 16-19s are typically 3 or 4 times more likely to be Vine users.

As all social platforms look to capture or maintain the attention of the trendsetting teen segment, we can expect to see them launching far more such innovations as the rest of 2014 plays out. 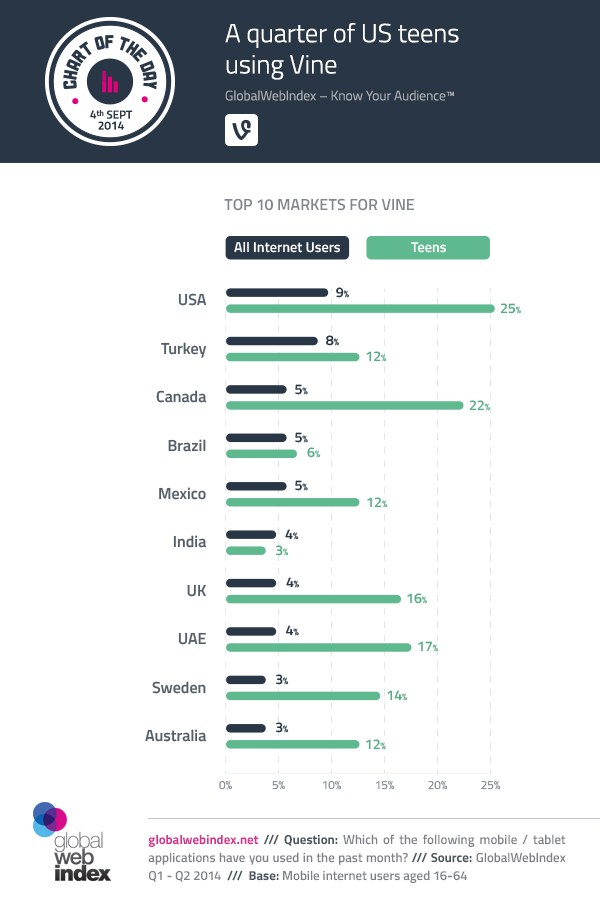