For our final post this week, we take a look at engagement with the burgeoning “pay-as-you-go” society.

As our new Q1 2014 data shows, just over 15% of global internet users aged 16-64 say that they have used a pay-as-you-go gym or an on-demand vehicle rental service such as Zipcar.

But perhaps more significantly, around a third say that they haven’t yet used them but would be interested in doing so in the future – showing how just willing people are becoming to abandon traditional payment models in favor of those that charge them only for their actual usage. 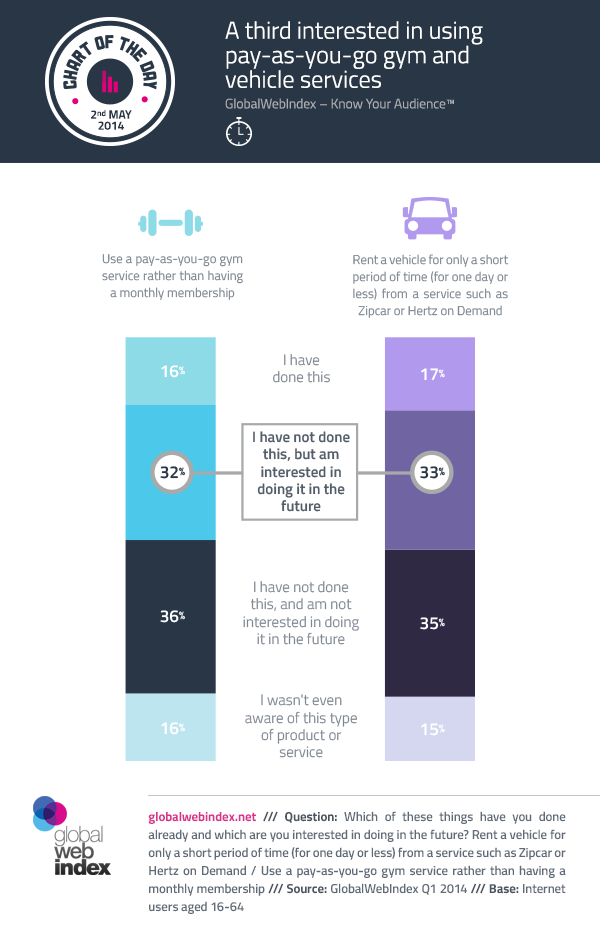