For our first Chart of the Day this week, we take a look at the numbers using Pinterest.

At a global level, it remains something of a niche social platform; 16% of internet users aged 16-64 say they have an account on the site, with just 6% reporting that they have actively used or contributed to it within the last month.

But this can mask much higher engagement levels within certain regions and markets.

By some distance, North America is still the biggest stronghold for Pinterest; a third of adult internet users in this region now have a Pinterest account (up from just 20% at the start of 2013). This is reflected if we examine account membership on a country-by-country basis: the USA comes first (33%), followed closely by Canada (32%).

In contrast, it’s still to make serious inroads across most of Europe, with account ownership levels falling to 15% in markets like the UK and Spain and to 10% or under in Sweden, Germany, Poland and France. 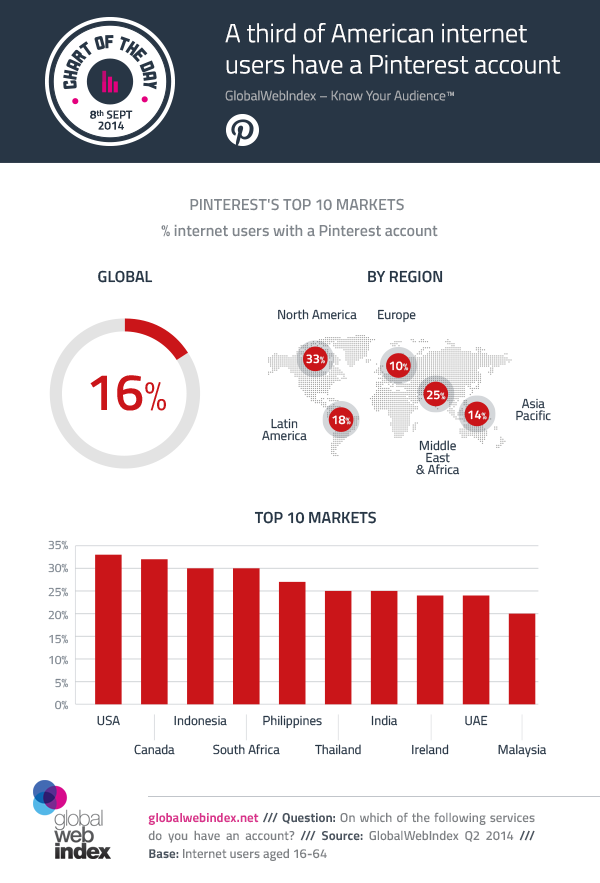