Active usage down on Facebook, up on 7 other major networks

Year-on-year, active user figures for the world’s ten biggest social networks show that Facebook was the only one which saw a decline (down six points between the two quarters in question). Twitter and Google+ held steady and all of the rest saw increases – with Instagram, Pinterest, Tumblr and Badoo posting particularly healthy rises.

As we discuss in our Multi-Networking report, this is clear evidence for social networking behaviors becoming more diversified; while Facebook was once the natural go-to point for most of our social activities, it now has to compete with a much wider range of alternatives. It’s still top dog, but it now has to rule a much more competitive landscape. 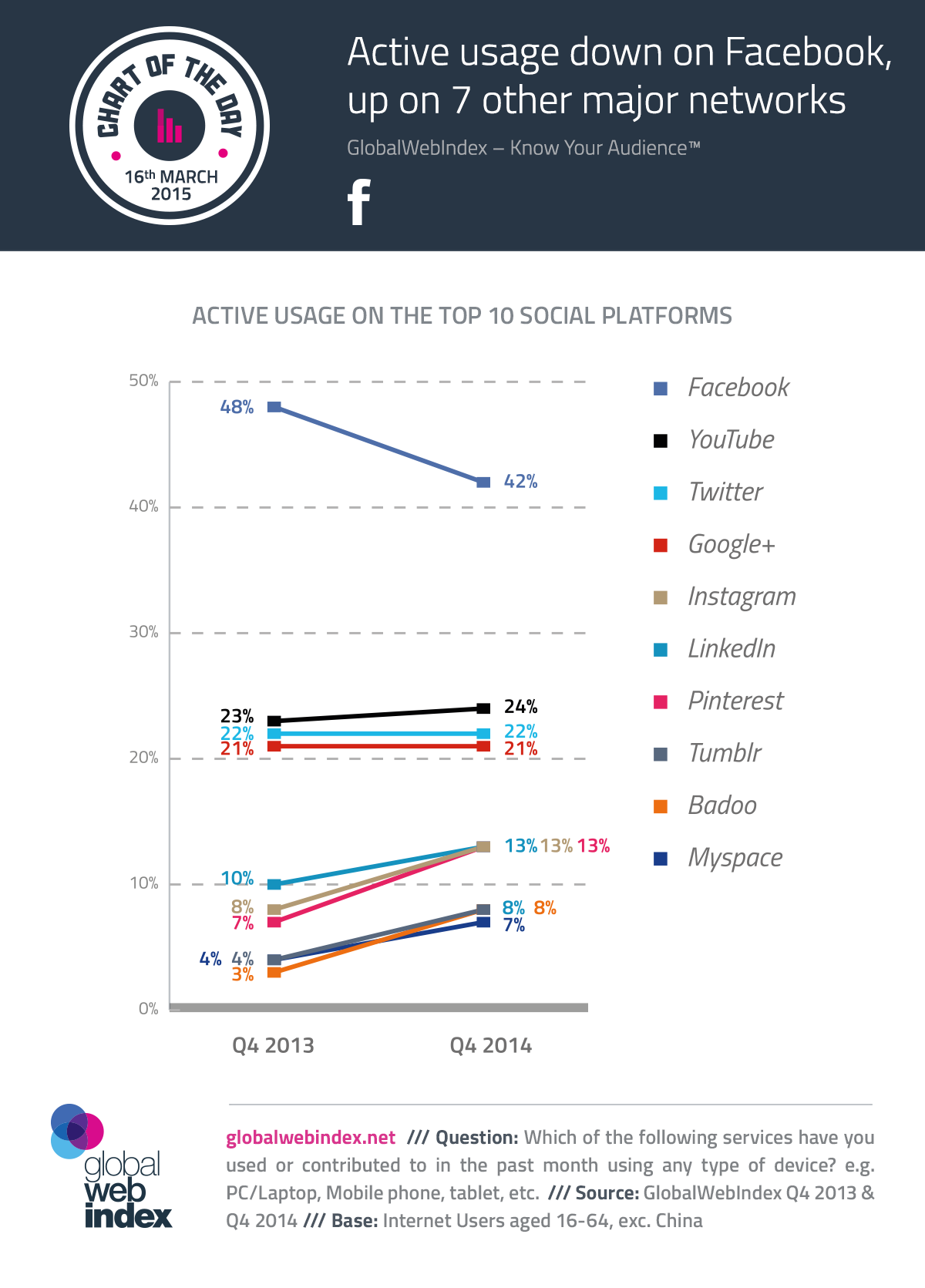