For this week’s final Chart of the Day, we take stock of the most recent figures for ad-blocking – a behavior which has barely been out of the headlines in recent months.

Concern among media and content providers about the impact of this behavior on revenue streams will be heightened by GWI’s Q4 research. After being relatively stable for the last year or so, our latest numbers show a significant quarter-on-quarter increase in ad-blocking – with those saying they do this on their main computer having increased by about 10% to approach the 40% mark. With the other privacy behaviors tracked by GWI showing little or no increase over the same period, it’s clear that ad-blocking is the privacy behavior in the ascendancy.

A number of factors have combined to cause this rise, from the almost-constant media coverage enjoyed by the subject to the proliferation of free and easily-available tools. But the arrival of ad-blocking on mobile has also been encouraging people to adopt this approach across all of their devices and, as we’ll see in Monday’s Chart of the Day, it’s the numbers who are blocking ads on mobile which are perhaps the biggest cause for concern. 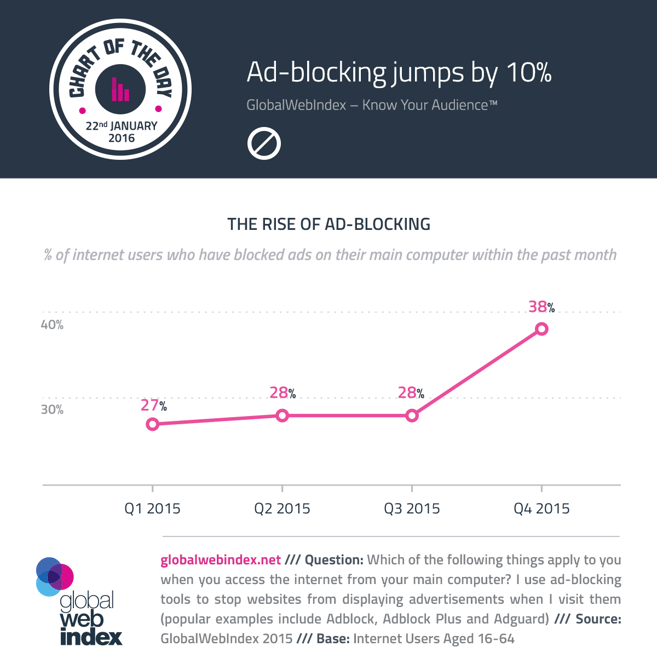