Within the world of mobile, it is Apple which continues to generate the most headlines and create the most excitement when a new handset or OS is released. Indeed, this week’s WWDC has once again shown how much media attention Apple can create around its iOS.

But look at the year-on-year figures for mobile OS usage and Apple is far from dominant across the 33 markets tracked by GWI. iOS might post strong figures in markets like the US and UK but, globally, it’s only one fifth of internet users aged 16-64 who are using Apple’s operating system. In contrast, over half are using an Android phone, and the fact that Android has been increasing its lead over iOS every year since 2012 should give some pause for thought.

But while iOS can’t compete for quantity, it can boast some strong demographic trends. Usage is significantly higher among users from younger age groups and the top income quartile, helping to explain why Apple can turn such large profits despite trailing Android in terms of market share. 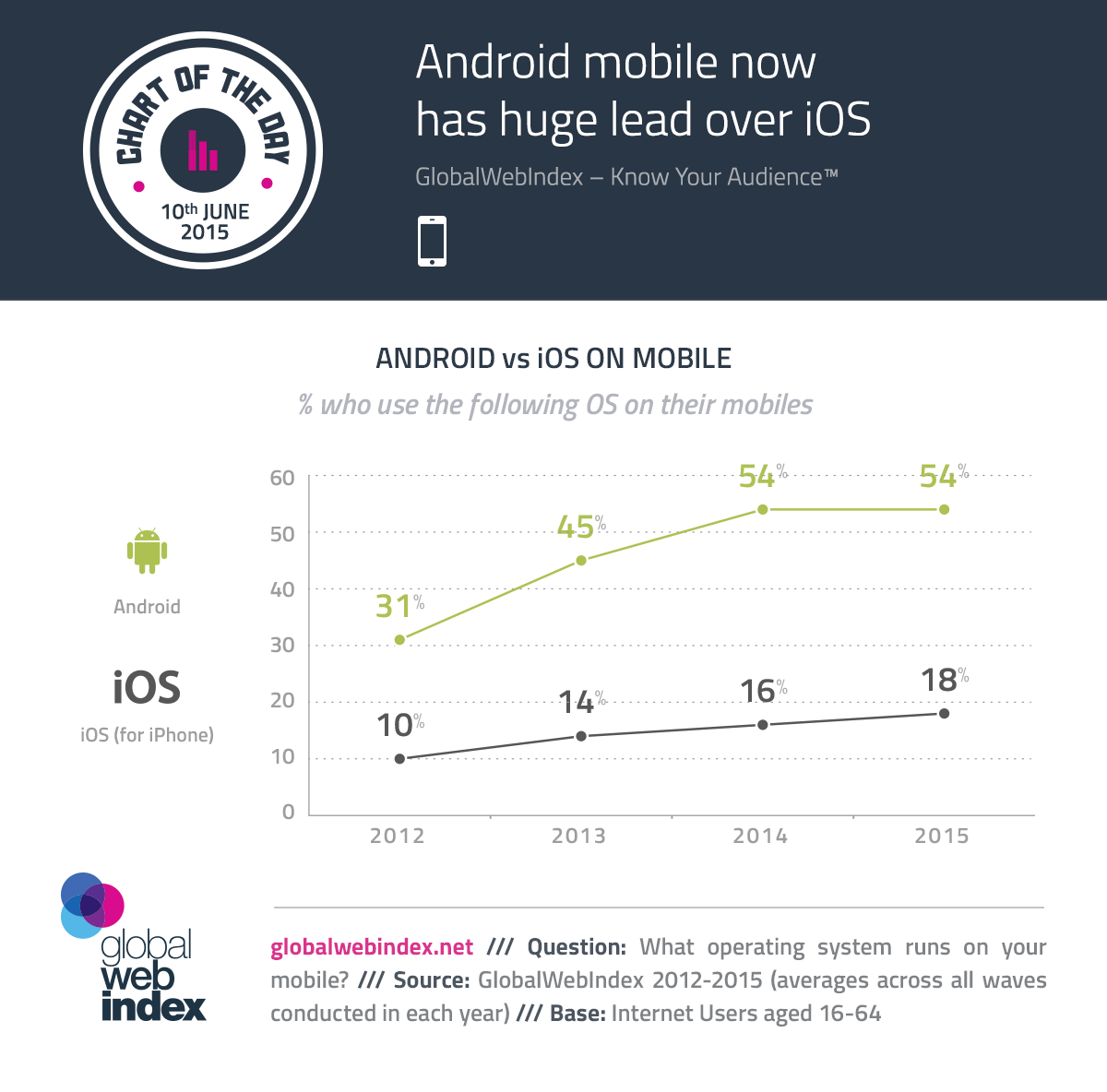