Last week, Google unveiled the new Nexus 6P and Nexus 5X and announced that it had reached the 1.4 billion mark for active Android smartphones around the world.

As Tuesday’s chart shows, Android is now ahead of iOS in all regions.

On mobile, its lead peaks in APAC (60%) and LatAm (65%) where it has 5x as many users as iOS. Only in North America, Apple’s home market, do we see this gap shrink.

The tablet contest is closer, with Android having the most commanding lead in LatAm and Europe (where it can boast 2.5x the number of users). However, the gap closes significantly in APAC and, in North America, Android and iOS are neck-and-neck for tablets.

For more on the battle of Android and iOS, read our new GWI Device report, either the free summary or the full client version. 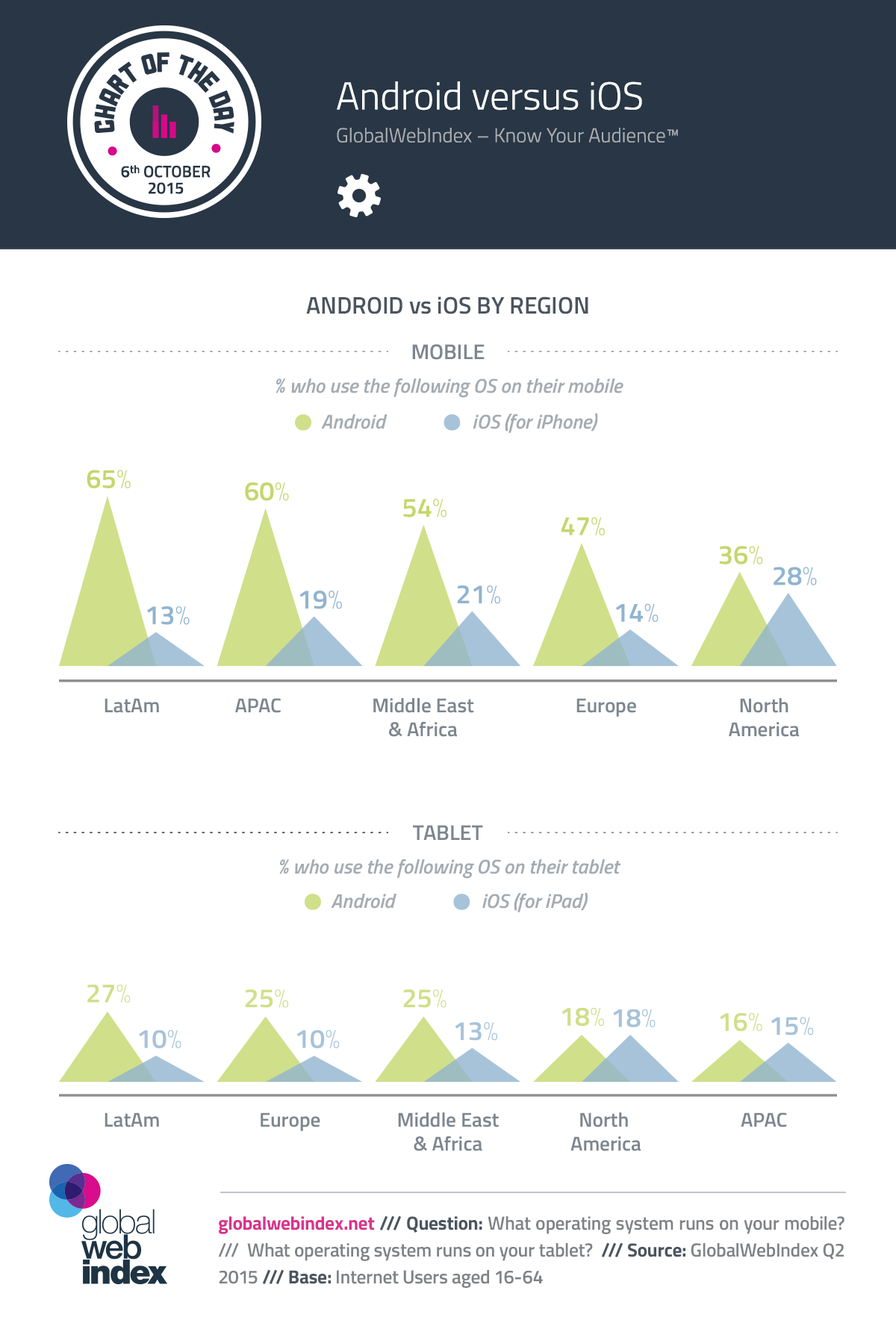