Some 30 years ago today, Apple sold its first Mac computer. Fast forward three decades and the device’s appeal is certainly strong – but how many people are actually using Macs?

Our latest figures show that global penetration in Q4 2013 stood at 4%. That still represents a sizeable audience, but it’s not much of an increase from the 2% recorded back in Q4 2011. And to put this in context, some 49% say that their main computer runs on Windows 7.

However, looking at Mac’s figures at a local level reveals much greater levels of success in particular territories. Penetration is highest in Australia, where 12% say that the computer they use most often is a Mac. Figures are also strong in several other established markets, including the US (11%) as well as Canada, Singapore and Sweden (10%).

At the other end of the spectrum, penetration remains strikingly low in most of the emerging internet markets – at just 1% in China, Indonesia and India, for example. With Apple having made much greater inroads with iOS and the iPhone (we’ll look at this in our next post), it’s clear that the Mac still has some way to go before it becomes a truly global device. 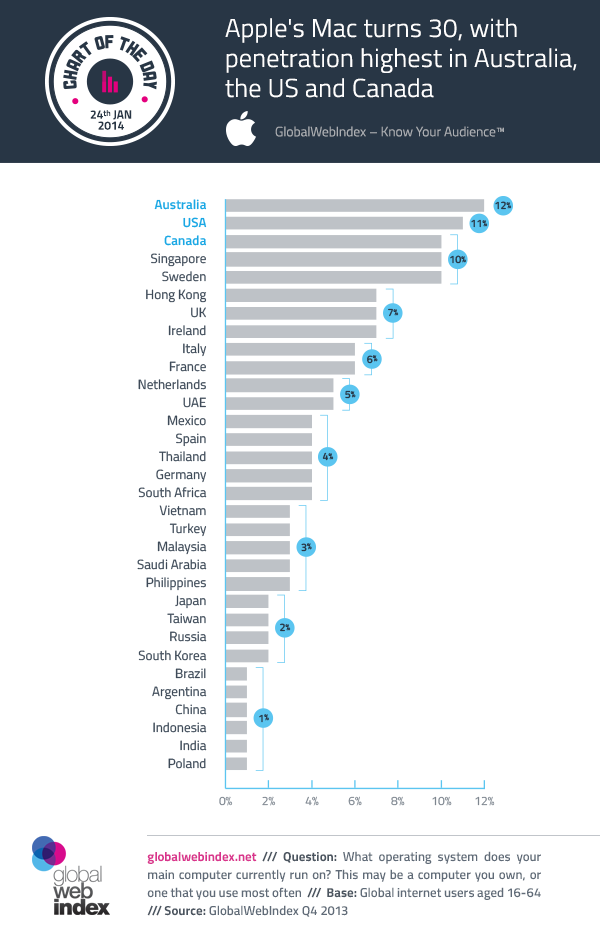