Currently, smartwatches remain extremely niche; around the world, just 11% of internet users report having one.

However, the launch of the Apple Watch may be the helping hand that smartwatches need to break in to the mainstream as 2015 progresses. GlobalWebIndex’s latest wave of research shows that, in the USA and UK (two of Apple’s strongest markets), significant numbers could be future Apple Watch owners.

A quarter of online adults in these two markets say they are interested in using an Apple Watch – a figure which rises as high as 4 in 10 among the tech-obsessed 25-34 age group. However, interest does drop off sharply among older groups, who are more likely to value traditional luxury watches.

By gender, men are notably more interested in Apple’s wearable than women. By income, meanwhile, the top 25% are more than 10 points ahead of the bottom quartile. Clearly, the Apple Watch will remain the preserve of the wealthy for some time to come. 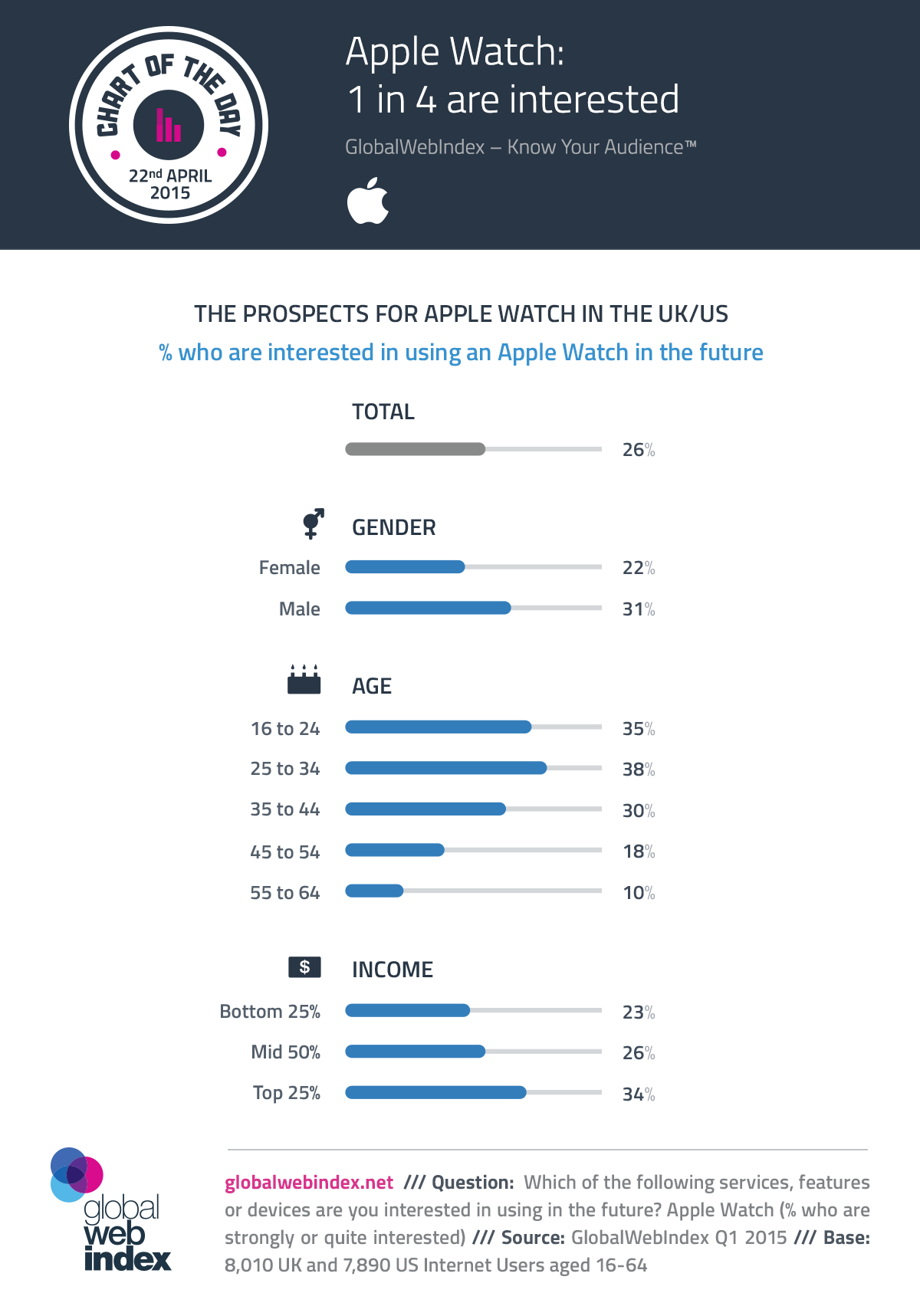