As Blinkbox sold, just 4% in UK use the service monthly

Today’s blog focuses on Blinkbox, the UK-based VOD service recently off-loaded by Tesco as part of its recovery plan.

Blinkbox, bought by TalkTalk and soon to be shut down, was reported to be making Tesco a considerable loss – and it’s easy to see why. Only 4% of UK online adults used Blinkbox last month. Even when we extend this to those who have used the service ever, the figure rises to just 14%.

Like most VOD services, Blinkbox could claim peaks among younger consumers. But these numbers were still low – 7% of 16-34s in the UK used the service monthly.

Perhaps most significantly, almost a fifth of UK internet users say they have never even heard of Blinkbox. In an industry where Netflix is grabbing Emmy awards, brand recognition problems of this type are pretty telling.

In fact, Netflix can boast a 22% usage rate in the UK – with almost 4 in 10 UK internet users saying they have used Netflix at some point.

For more detail on this subject, see our On-Demand Services trend. 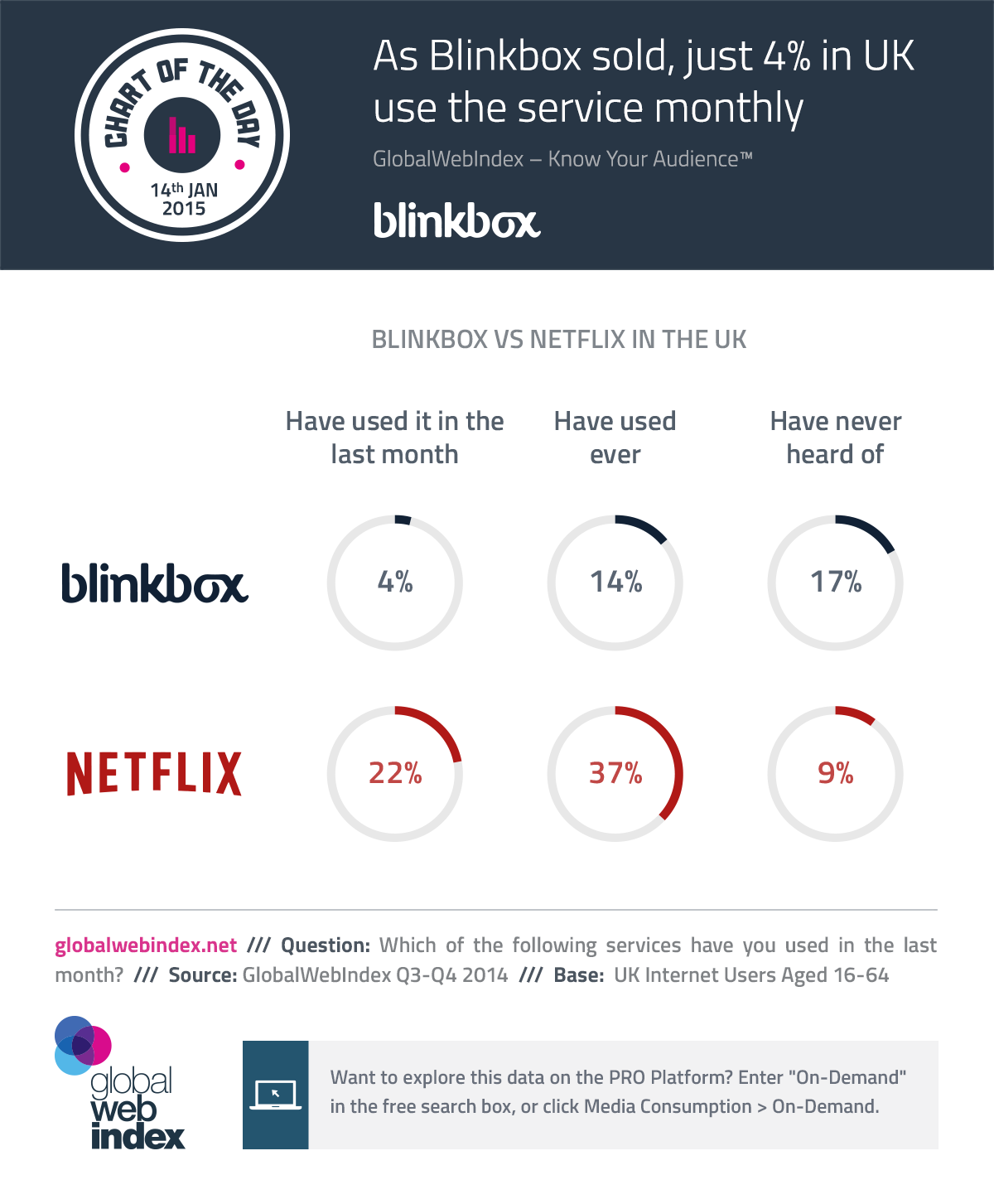