As Ello promises ad-free networking, a third of US Facebookers use adblockers

Having previously highlighted its commitment to user anonymity and privacy, Ello is now promising users that it will always be an ad-free space – another move designed to strengthen its positioning as the “anti-Facebook”.

Indeed, by registering as a Public Benefit Corporation, Ello will be unable to display ads or sell user data – a move which, as this week’s final Chart of the Day shows, is likely to strike a chord with large sections of the social networking audience. In the US alone, GWI’s research reveals that one third of Facebook’s active users are utilizing adblocker services to stop websites displaying adverts.

But will Ello be able to survive without ad revenue? Its plan is to integrate a commerce system into the platform; considering that 1 in 5 US internet users say they are likely to be motivated to shop online by a retail store on a social network, it’s certainly a strategy with potential. 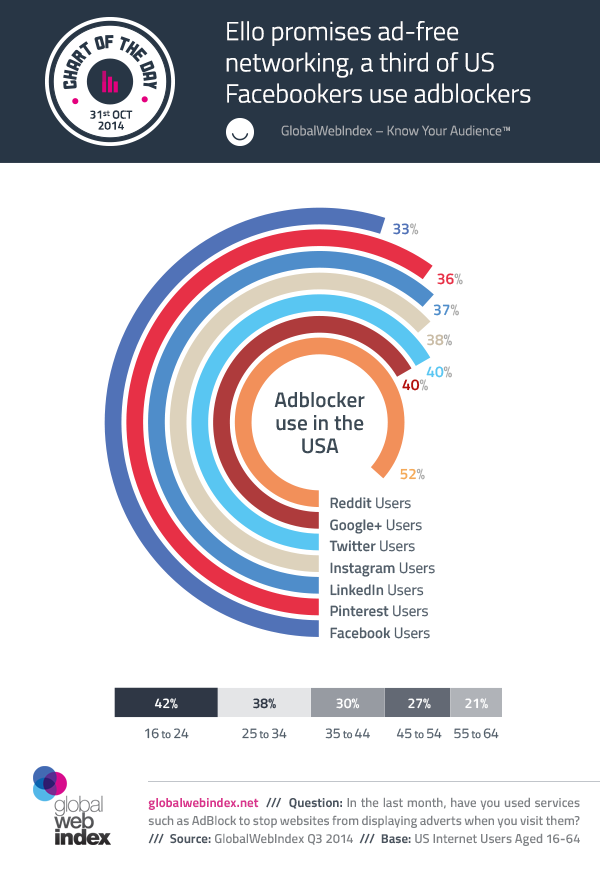