As the internet turns 25, China has 2.5 times more users than US

On March 12th 1989, Sir Tim Berners-Lee released his proposal for an “Information Management” system, something which evolved into the World Wide Web as we now know it.

Fast forward to 2014 and it’s clear just how much the global online audience has changed during the internet’s first 25 years. Even as recently as the mid 1990s, the US still accounted for more than 80% of global internet users; now, its share has dipped below the 10% mark and China boasts by far the largest internet population (with nearly 285 million more users than the US).

India takes third spot despite having one of the lowest internet penetration rates – showing just how important it is to consider the audience sizes which underlie such figures. In fact, over the last five years it’s been in fast-emerging markets where online populations have grown at the quickest rates, led by countries like the Philippines, Indonesia and South Africa.

Looking at the behaviors of internet users in many of these markets underlines why this trend is so important: as just one example, Indonesia currently has the world’s most active audiences on social platforms like Facebook and Twitter. 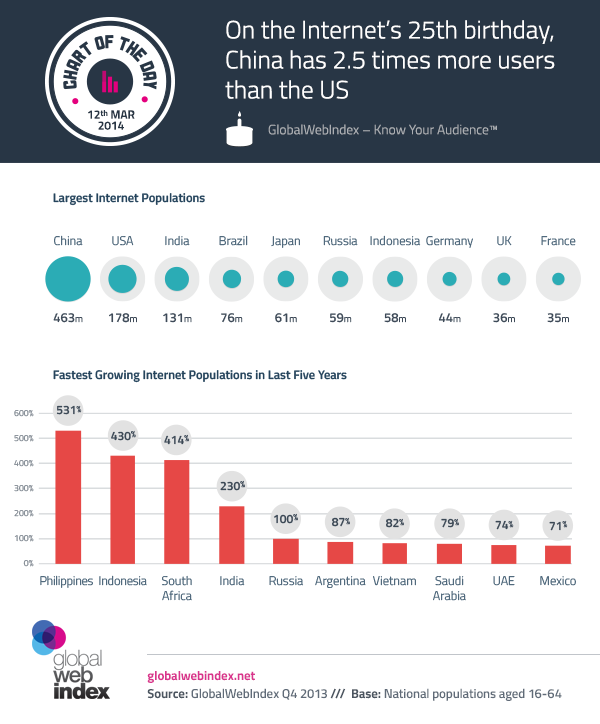