The launch of Alphabet, the umbrella company that will oversee all of Google’s ventures, leaves the firm open to continue experimenting with new offers and services. To date, one of its gambles that has struggled to make the impact it initially promised was Google+. But as the firm continues to move away from its social networking service, our midweek Chart of the Day looks at prospects for one of the platform’s most successful spin-offs: Google Hangouts.

Globally, Hangouts is used by 5% of internet users, putting it well behind the market leaders of mobile messaging (like WhatsApp, Facebook Messenger and WeChat). As with Google+ itself, though, Hangouts is most popular in fast-growth markets, with usage peaking in India, Mexico and Philippines. In fact, around three-fifths of its user-base is coming from emerging countries.

Clearly, then, Hangouts might have some way to go before it makes a dent on messaging behaviors in mature markets, but its popularity among the young and digitally engaged populations of emerging countries gives it a lot of value. 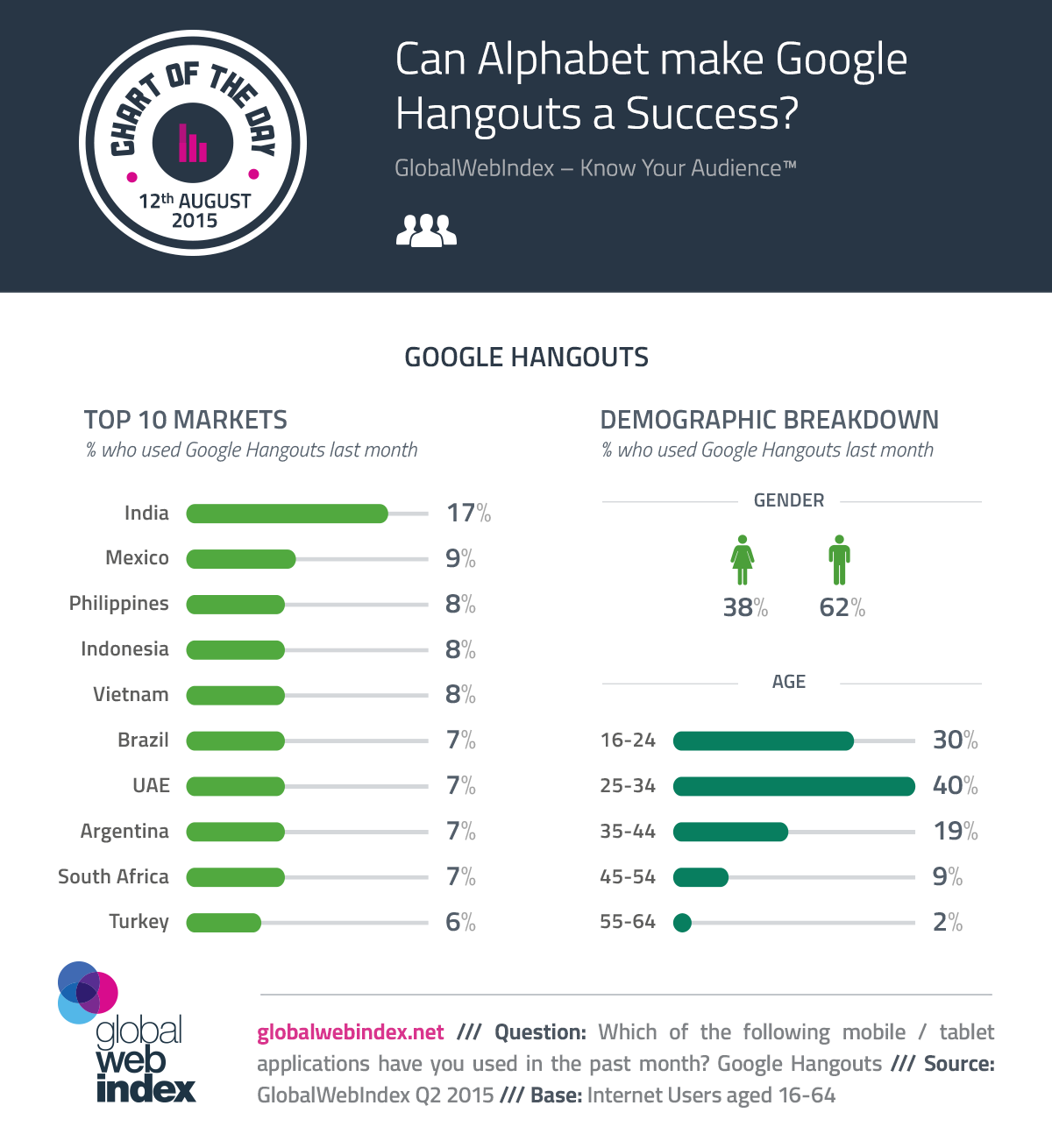