Can Deezer compete with Spotify?

The last year has seen big changes in the music streaming business. The launch of Apple Music brought one of the biggest tech names into the world of streaming, SoundCloud has edged ever closer to becoming a mainstream platform and, in the past week, Deezer secured a substantial investment while Spotify acquired two start-ups to expand its social and voice search functions.

But is there room in this market for so many players? Certainly, Deezer needs to work hard to survive in an increasingly competitive industry. Look at the service’s best-preforming markets and it’s only in its home country of France that the service can claim double-digit figures.

In contrast, Spotify can boast some impressive engagement rates in its top markets. In its home of Sweden, over 40% are regular Spotify users, with over a fifth using the service in Mexico and the Philippines and nearly 20% listening in the UK and Spain. It’s too early to say that Spotify has won the streaming war in these markets but, certainly, Deezer will need a big push to make a dent in Spotify’s user figures. 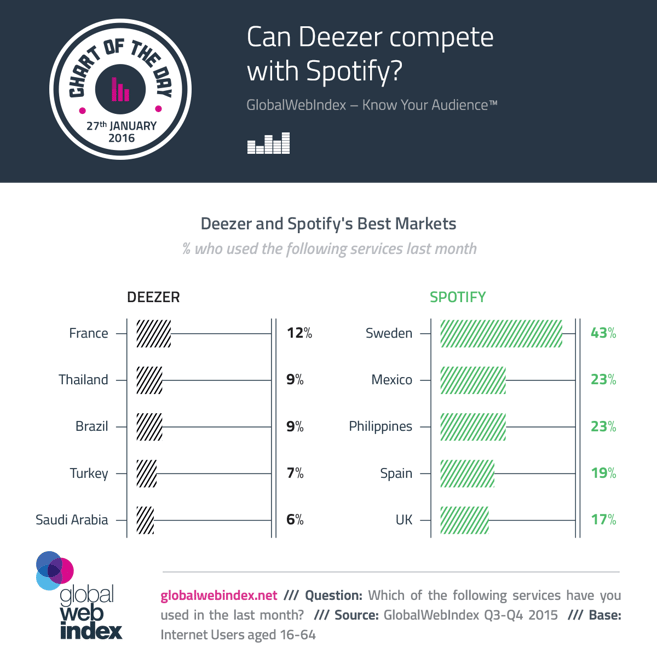