Can Firefox’s new features help it to challenge Chrome?

Firefox’s recent updates included a built-in instant messaging service for desktop and Android users. But can developments like this help Firefox to challenge the big names in internet browsing?

Globally, Firefox is some distance behind the other major browsers – with Chrome having about 2.5 as many users and Internet Explorer/Edge being about 1.5x ahead. But as Thursday’s Chart of the Day shows, Firefox does hold a significant presence in some markets (particularly in Germany).

What’s more, its new features are likely to resonate in many of these countries. For example, two thirds of Firefox users in Indonesia have used an IM service on their PC in the last month – suggesting that its new in-built tool could help Firefox to forge ahead of Chrome (which currently posts identical figures).

Similarly, Firefox’s trial of new anti-tracking capabilities could bolster its appeal among the 49% in Germany, 33% in Indonesia, 54% in France and 46% in Poland and Italy who express concern about the internet eroding their personal privacy. 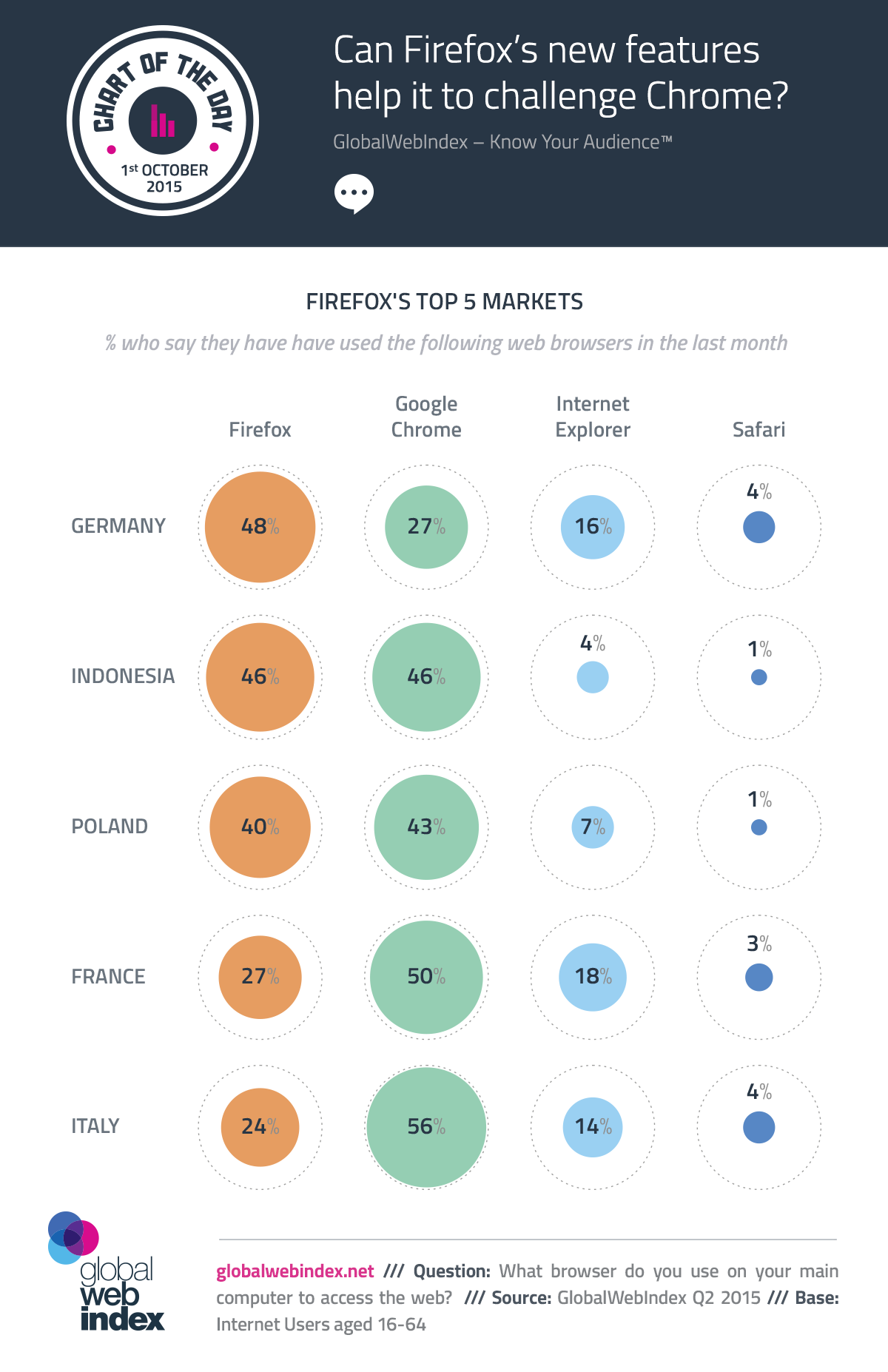