To conclude our preview of GWI’s new Premier League Fans report (get a free summary here), this week’s final post looks at the impact of celebrity endorsements on this audience.

Perhaps unsurprisingly, younger Premier League Fans are the most likely to be influenced by celeb endorsements, with the figures then dropping much lower among the oldest age group.

Elsewhere, female Premier League Fans are almost 50% more likely to find brands through endorsements than men; in terms of regions, this advertising strategy is more effective in APAC than in Europe or North America. 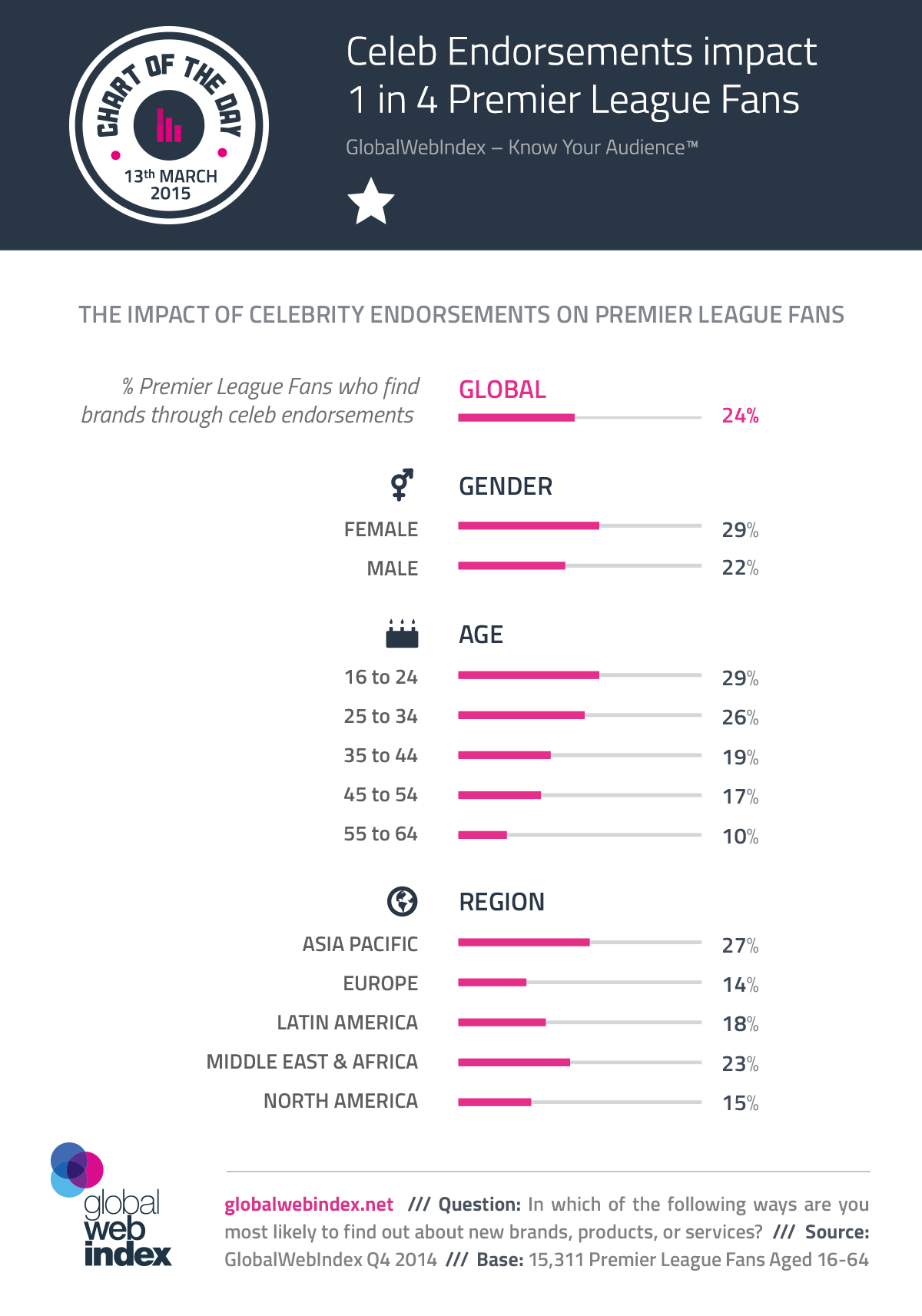