Beginning our short series on gaming this week, today we segment console gamers based on their engagement frequencies with their devices.

With their high-end PS4 Pro and Xbox One X consoles on the market, Sony and Microsoft are looking to capitalize on an enthusiast audience happy to upgrade their hardware for incremental increases in performance. In today’s chart, we look at what proportion of console gamers are most engaged with their device.

Our data tracks all time spent on consoles, which may include media streaming as well as gaming. Among internet users who use a console each day, 34% can be classified as High Users, spending 1-3 hours a day on their console, making it the largest segment of console gamers. Though it’s notable that almost a half of Active Console Gamers use their console for less than an hour, and almost a quarter use it for less than half an hour.

So we see that there is clearly a sizeable market of casual console gamers that needs servicing, with almost as many gamers engaging with short sessions on their machines as there are hardcore console gamers. 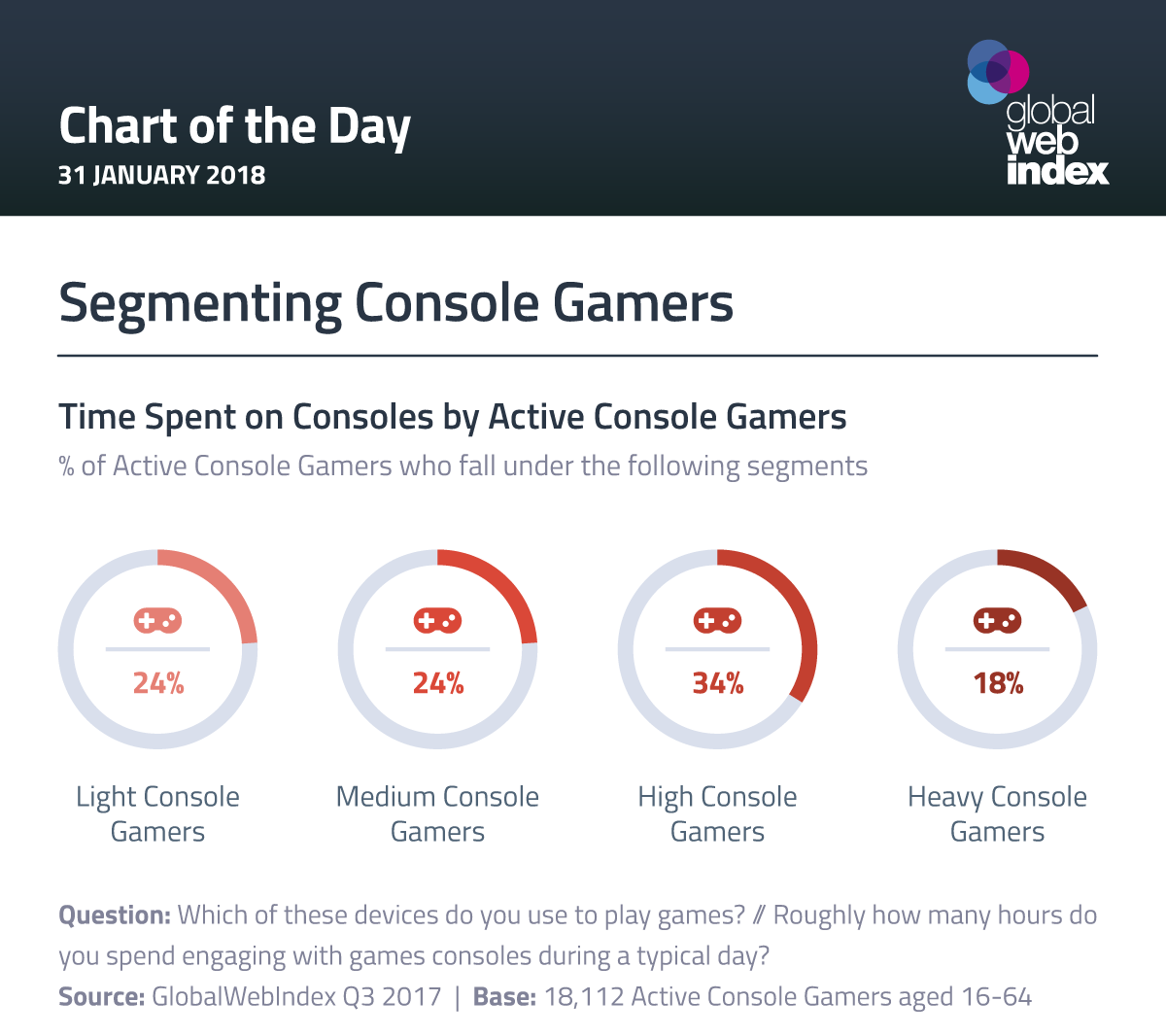 Active Console Gamers are defined as internet users aged 16-64 who use a console for gaming daily.