Following on from yesterday’s chart on the trend of games console ownership overtime, today we compare the success of named devices. 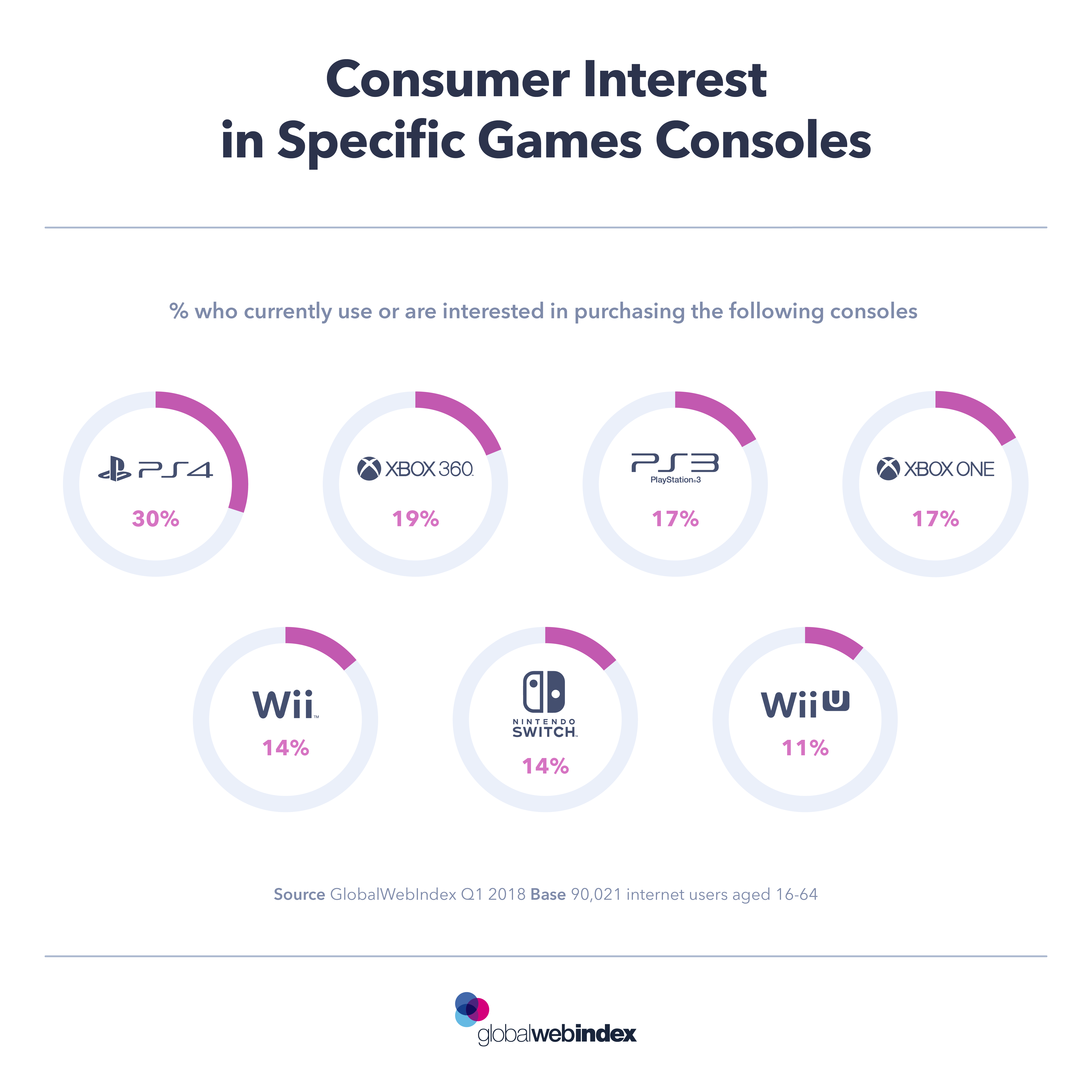 When consumers are asked which of the consoles they currently use or would be interested in purchasing in the future, the PlayStation 4 emerges as the most desired by a considerable distance – highlighting the reputation the brand has achieved in the industry, and the appeal of its wide range of games and cross-entertainment capabilities.

Although further down the list, the Nintendo Switch has achieved relatively decent growth in its first year since coming to market. For ownership and intent to purchase, not only has the device overtaken its predecessor – the Wii U – it has managed to reach the global figure of the original Wii device released over 10 years beforehand. The Switch’s hybrid role as a household console and a handheld gaming device positions it well in targeting Nintendo’s traditionally core market – the casual gaming market.

The Switch has seen the most traction in the North America region, where 1 in 5 either own or are interested in owning the console. From a market perspective, Mexico (26%), Japan (22%) and the Philippines (21%) sit within the top 3. Appetite is highest among the younger age groups, with 16-24s over 30% more likely to desire the device.

As consoles move away from being solely ‘gaming’ devices towards serving as cross-vertical media hubs for activities like browsing the internet, engagement with social media, and viewing online TV, continued product innovation is essential to be able to keep pace with the competition.