Recently, Vivendi announced that it had purchased a majority stake in video-sharing site Dailymotion – with the site valued at almost $300 million.

Around since 2005, Dailymotion hasn’t so far managed to build the type of audience that long-term rival YouTube can boast. So, while 8 in 10 internet users outside of China are currently visiting YouTube each month, just 14% are doing the same with Dailymotion. What’s more, almost all (97%) Dailymotion visitors are also regular users of YouTube; clearly, finding a Dailymotion loyalist is rare. 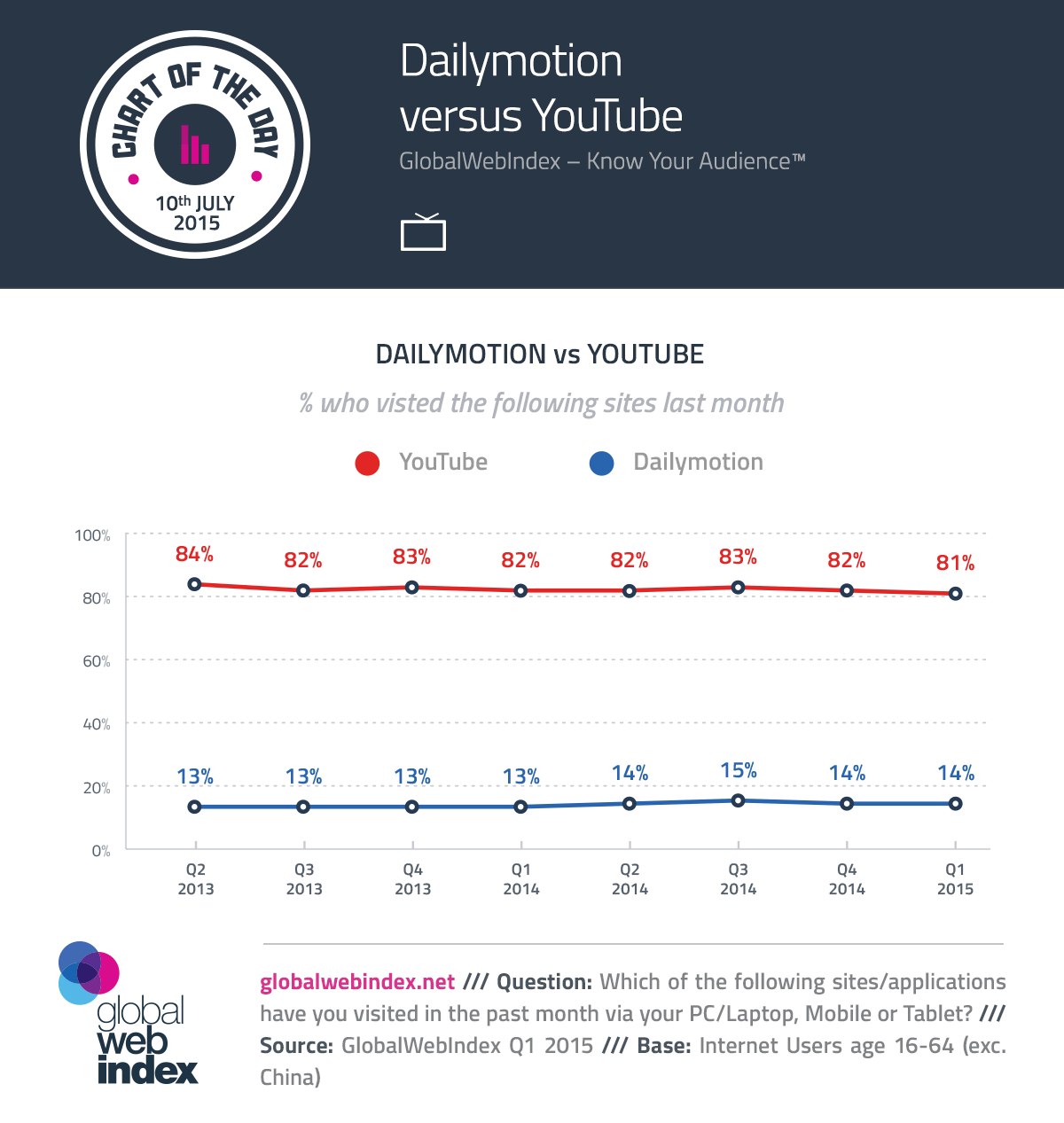