Facebook was in the news again recently following reports that it has been seeing a ‘context collapse’ on social media – a trend whereby users are becoming less likely to post or share things related to their personal lives (e.g. photos, status updates etc).

This phenomenon is evidenced by GWI’s data on the reasons that people have for using social media; as our midweek chart makes clear, motivations such as sharing photos, sharing opinions and sharing details of daily lives have seen the biggest percentage decreases globally over recent quarters. At the other end of the spectrum, work-related usage of networks has seen notable growth, as has “FOMO” (the desire to use social platforms to ensure people don’t miss out on anything, or because lots of their friends are on them).

As you might expect, this is a trend subject to local nuances and variations. Fear-of-missing-out is particularly strong in a market like the UK, for example, where it’s seen a 43% increase since 2014. Usage of social networks as a time-filler has also been on the rise – something which chimes with this motivation now being the second most important one globally for using social networks.

Although ‘sources familiar’ with the Facebook story noted that overall levels of sharing remained strong, it’s clear that many networkers are increasingly uploading or cross-posting content from other sites or platforms rather than original posts about themselves. So, Facebook’s challenge is to convince users to bring personal posts back to the site, rather than using other avenues such as messaging apps where people can broadcast them to smaller and more controlled audiences. Along with all other big networks, it will also want to ensure it’s still seen as an essential destination for those keen to avoid missing out on anything. 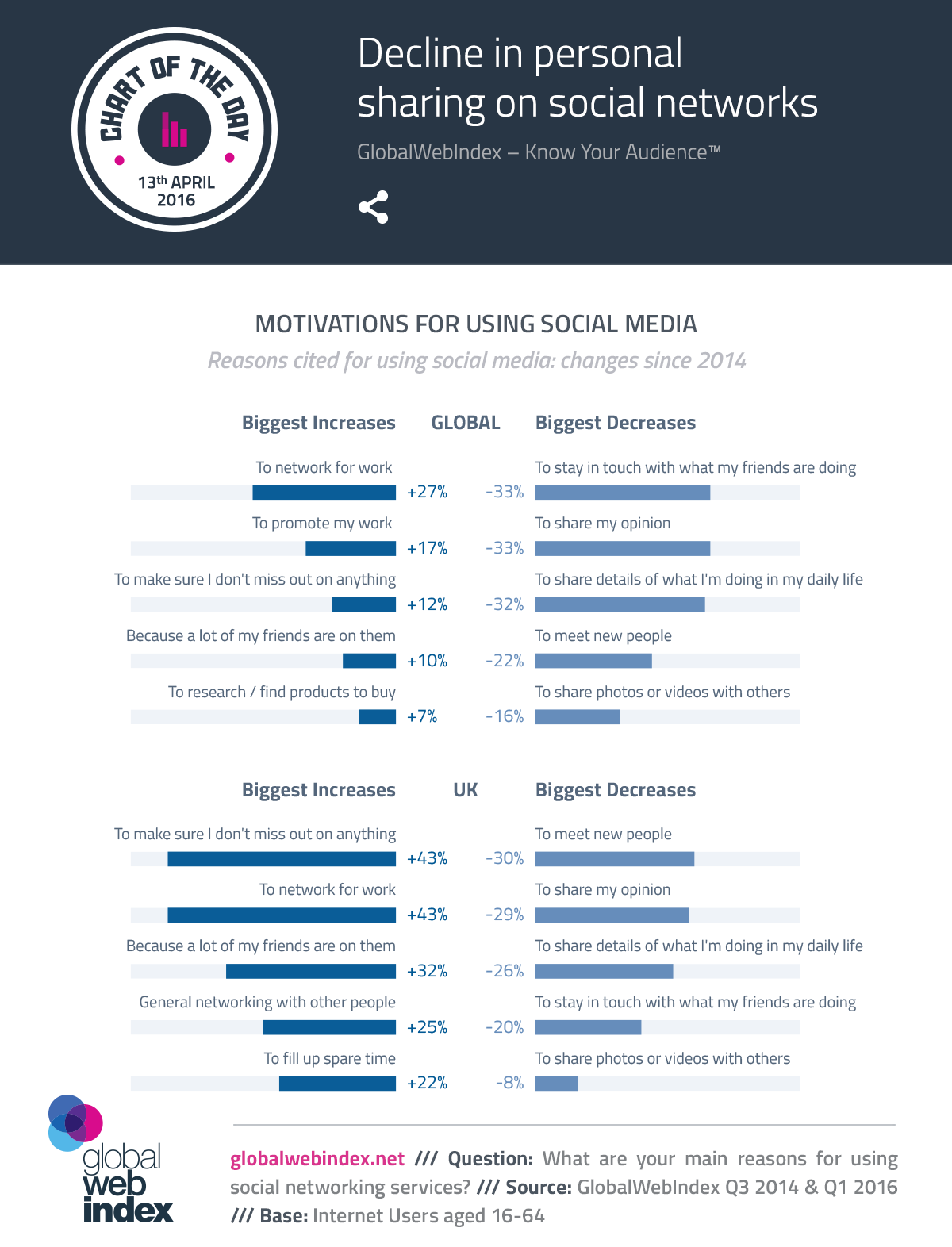