eSports Engagement Around the World

Our final chart this week compares engagement with eSports tournaments across the world regions.

The leading role that China and South Korea have played in the development of eSports is evident in these figures. Even so, that 12% of 16-24 Gamers in North America are watching eSports gives some indication that initiatives in this region – from Blizzard’s dedicated eSports arena to the increased monetization in the North American League of Legends Championship Series – will not go un-supported.

With major title Call Of Duty: WWII due to be released early next month, we can place a spotlight on Call Of Duty players’ engagement with eSports – particularly important given the game’s publisher, Activision Blizzard, has previously acquired Major League Gaming (dubbed the ‘ESPN of eSports’). Again, APAC leads the way but that a fifth of Call Of Duty players in Europe are watching eSports bodes well for Activision Blizzard’s growth in this area. 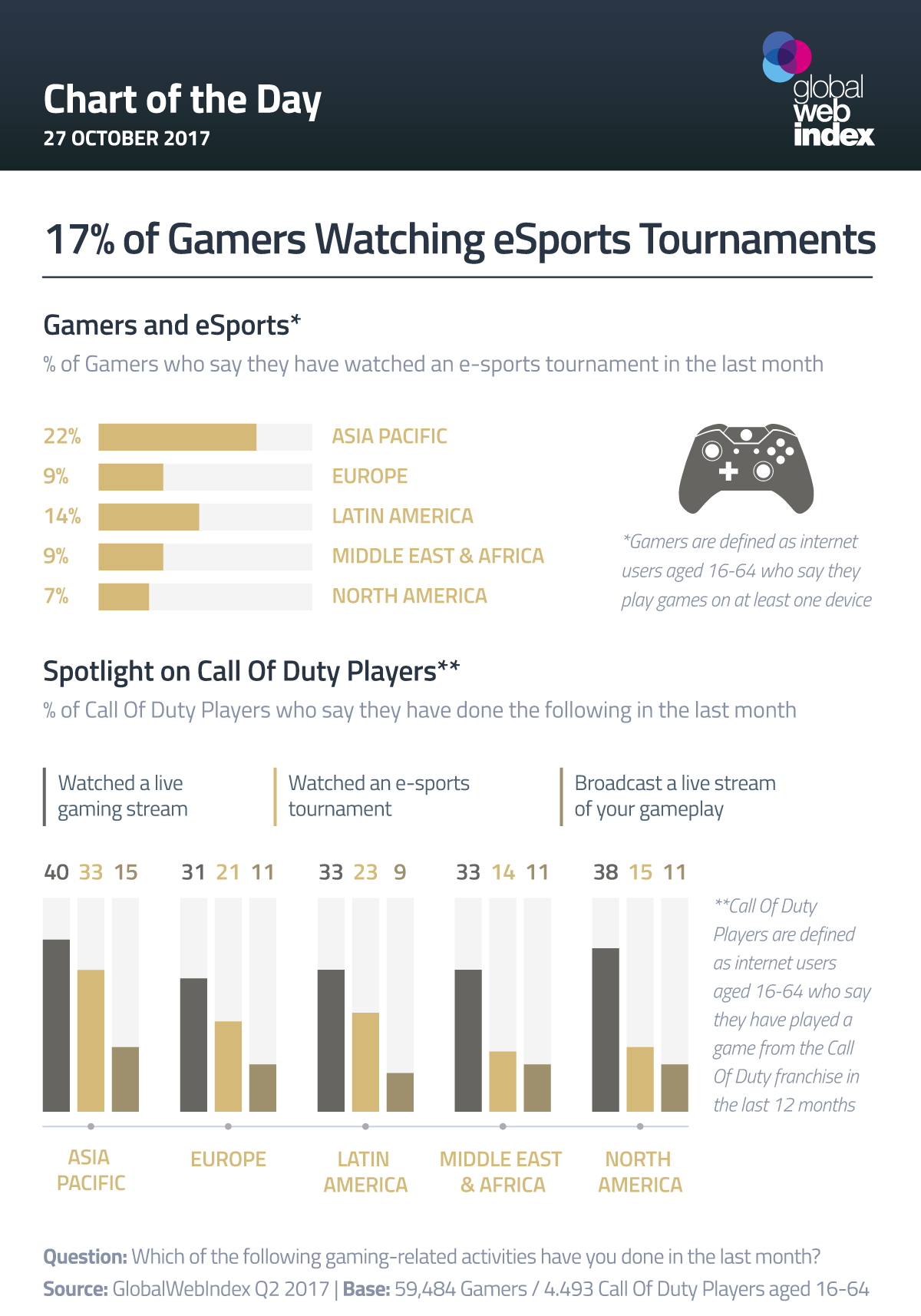