Why Esports is Anchored Online

As esports leagues continue to franchise and the teams become city-based, broadcast TV will have a bigger role to play in its distribution. But as our final chart in this week’s gaming series shows, the global base of the esports audience demands that distribution is firmly anchored online, and this will be the case for some time.

Contrary to many recent assumptions in the media, Esports Fans do watch traditional TV (only 3% exclusively watch online TV), clocking up an average of 1 ¾ hours on their TV sets per day. But crucially, this audience is now devoting almost as much time per day to online TV (almost 1 hour 40 minutes).

Unlike traditional sports, esports have developed online without borders. The most popular games at its core (CS:GO, COD, Overwatch, League of Legends, etc.) all seem to enjoy considerable global appeal. Streaming platforms at the center of esports distribution like Twitch and YouTube Gaming enable this global reach and encourage gamer communities. The ideal positioning of these platforms gives some context as to why Twitch has landed one of the biggest distribution deals to date, gaining exclusive broadcasting rights over Activision Blizzard’s Overwatch league. 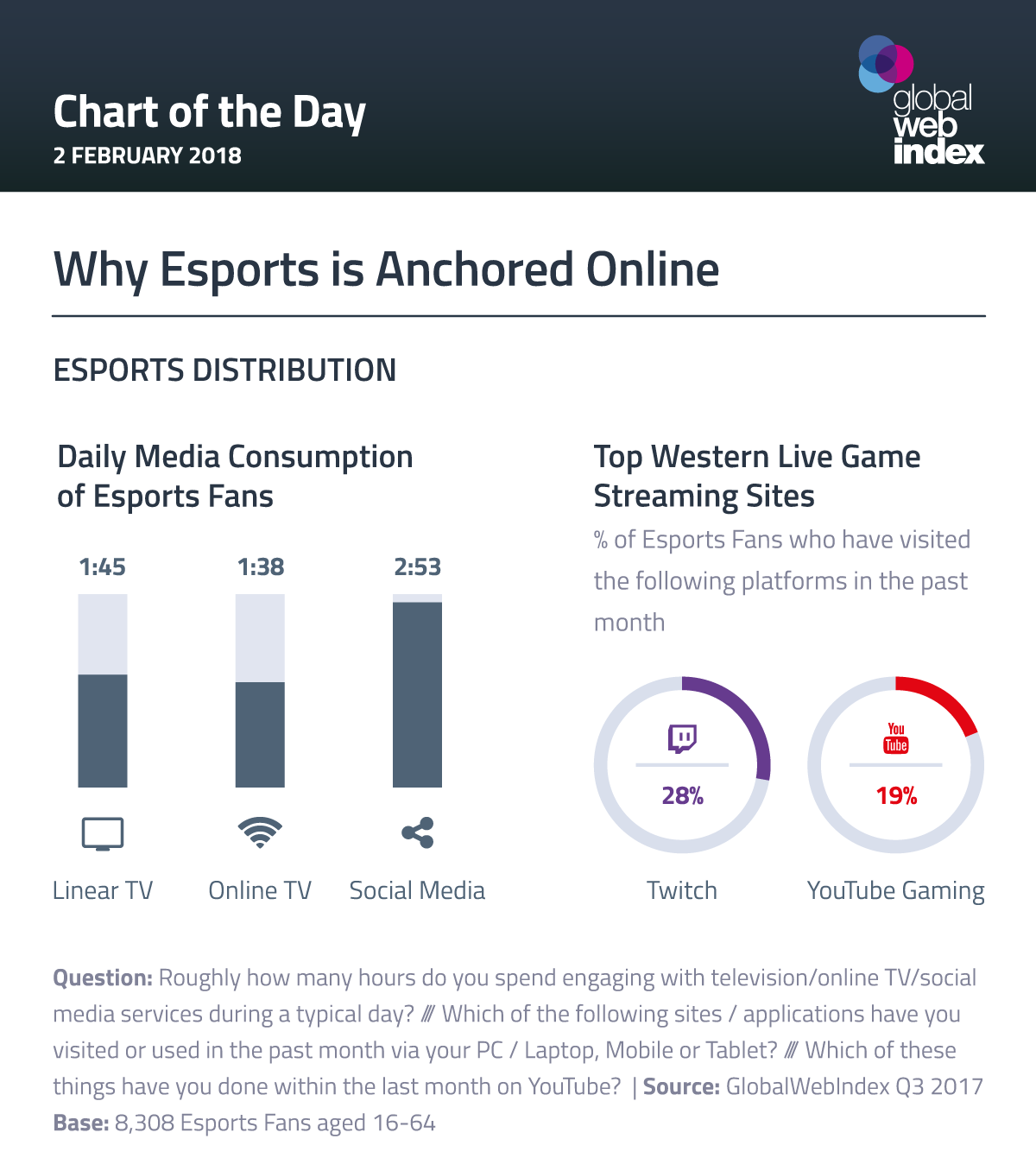 Esports Fans are defined as internet users aged 16-64 who say they have watched an esports tournaments online in the last month.