The Reach of Esports Among 16-24 Males

Esports is often seen as a niche interest. But as our second installment in our series on gaming shows, from a market-by-market perspective, its success among males aged 16-24 proves just how far the industry has come.

China and South Korea have been indispensable in the development of esports, but there is a substantial opportunity in virtually all of the 40 markets GlobalWebIndex covers. We generally see that males aged 16-24 are around 2-3x (sometimes over 4x) as likely to be engaging with esports tournaments each month.

We are also seeing significant engagement in some mature markets – like the U.S., UK, and Sweden. These markets have considerable global economic influence as homes to some of the most important names in the gaming industry, and are poised to transform into regional esports hubs.

If we zero in on males 16-24s in the USA, then this audience group is actually more likely to be watching esports than any other sports online. 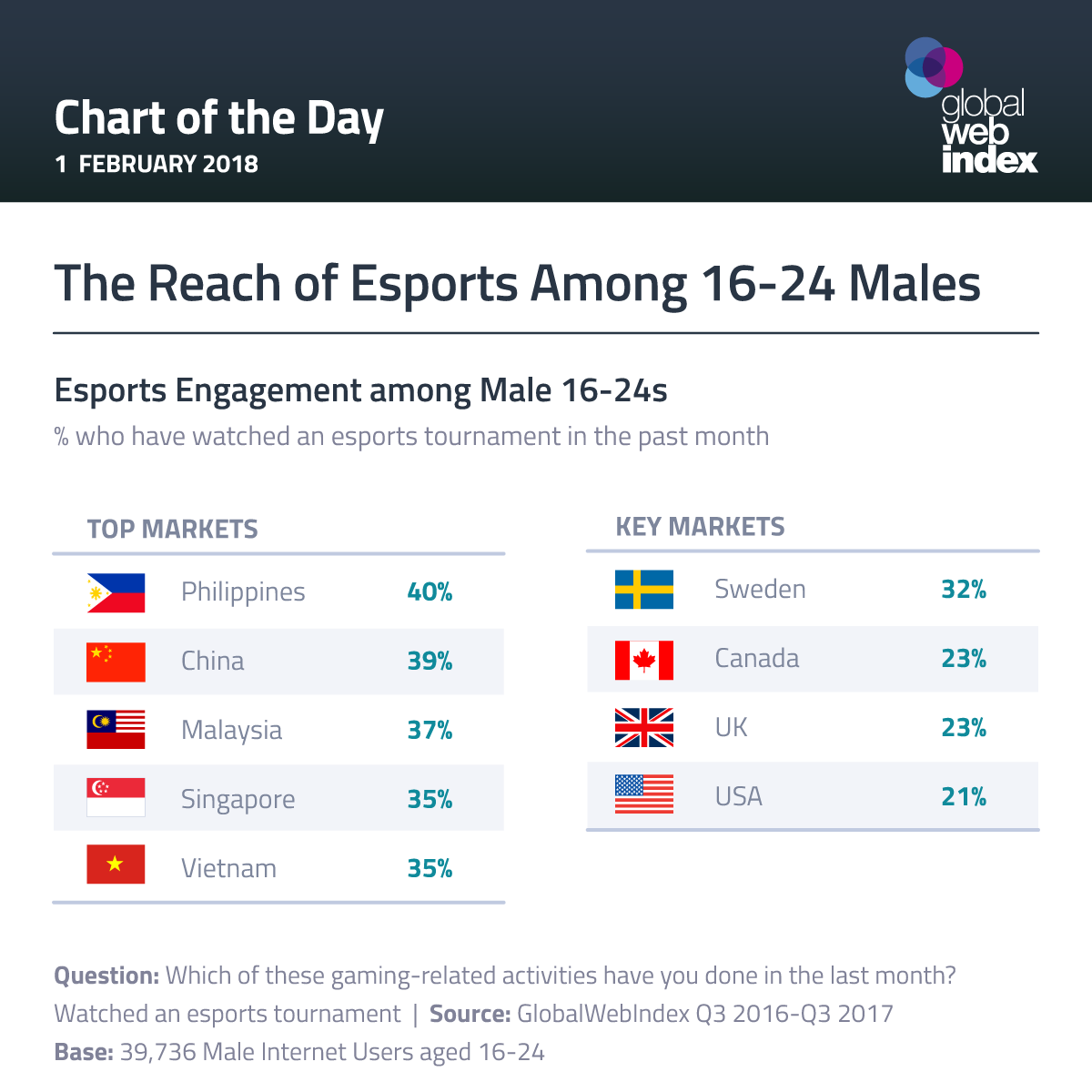