The impact of Facebook removing the messaging function from its main app and requiring people to migrate to its dedicated Messenger service can be seen clearly in GlobalWebIndex’s most recent data. If we look at a market like the UK, usage jumped from 27% at the end of 2013 to 40% in the middle of 2014 – a clear sign that its tactic has paid dividends.

Despite resistance from several users, the move was almost certainly designed to ensure that the Facebook brand retains its relevance in a world where social networking behaviors are changing rapidly. With direct communication shifting rapidly to dedicated messaging services, the danger for Facebook was that its main hub became increasingly sidelined. But with 38% of the global mobile audience outside of China using Messenger each month, it is now the second most popular messaging app (only just behind Facebook-owned WhatsApp).

It’s also worth noting that usage of Facebook Messenger can rise much higher in certain markets, peaking at 55% or more in the Philippines, India and the UAE. While many might have complained at the forced move to Messenger, then, it’s not hard to see Facebook’s motivations: it’s very much a case of short-term pain for users in order to ensure long-term gain for Facebook. 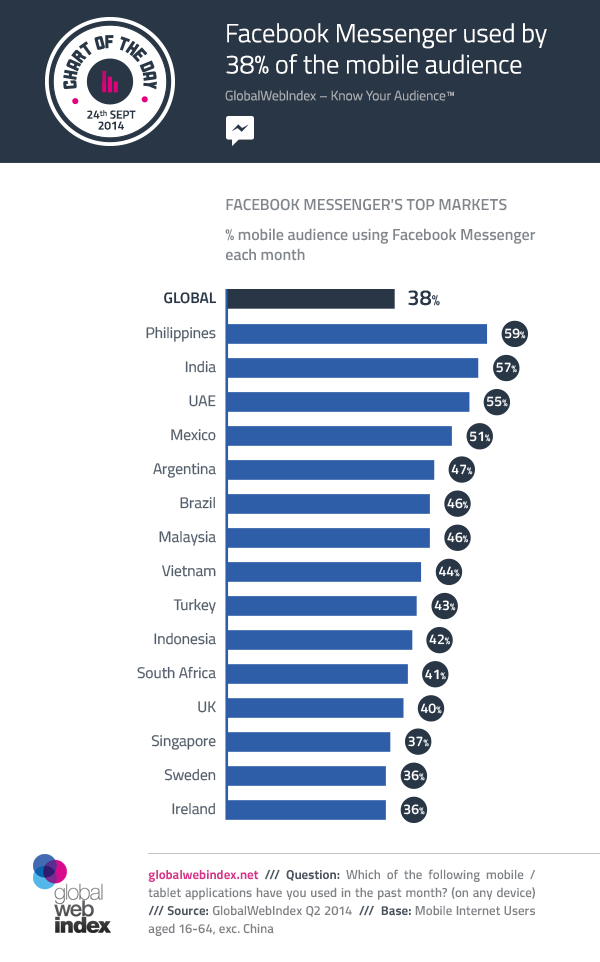