Facebook’s plans for its Messenger service have been a constant talking point in recent weeks – but looking at the top behaviors among its active users makes it clear why Zuckerberg and Co. want to transform Facebook Messenger into a platform in its own right.

Drawing on data from our brand new Facebook Profile Report and Facebook Users infographic, our midweek chart shows that messaging a friend on a 1-to-1 basis is the second most popular behavior on the social network. Some 59% of active users are currently doing this, indicating just how much potential there is to migrate these individuals across to Messenger.

There’s good news for Facebook elsewhere, too. An impressive 56% of the service’s active users are visiting the site multiple times a day. That figure is considerably higher than the equivalent on any other social network, and suggests that a dedicated messaging interface that allows people to communicate away from the distractions of other Facebook features will find a ready and willing audience.

It’s also worth noting just how big Facebook’s reach remains. Although the number who consider themselves to be active users has been declining for some time, it’s still a mighty – and consistent – 73% who are visiting or using the site in some form. That’s three quarters of all online adults who are engaging with Facebook each month, then. Not bad a social network that’s more than a decade old. 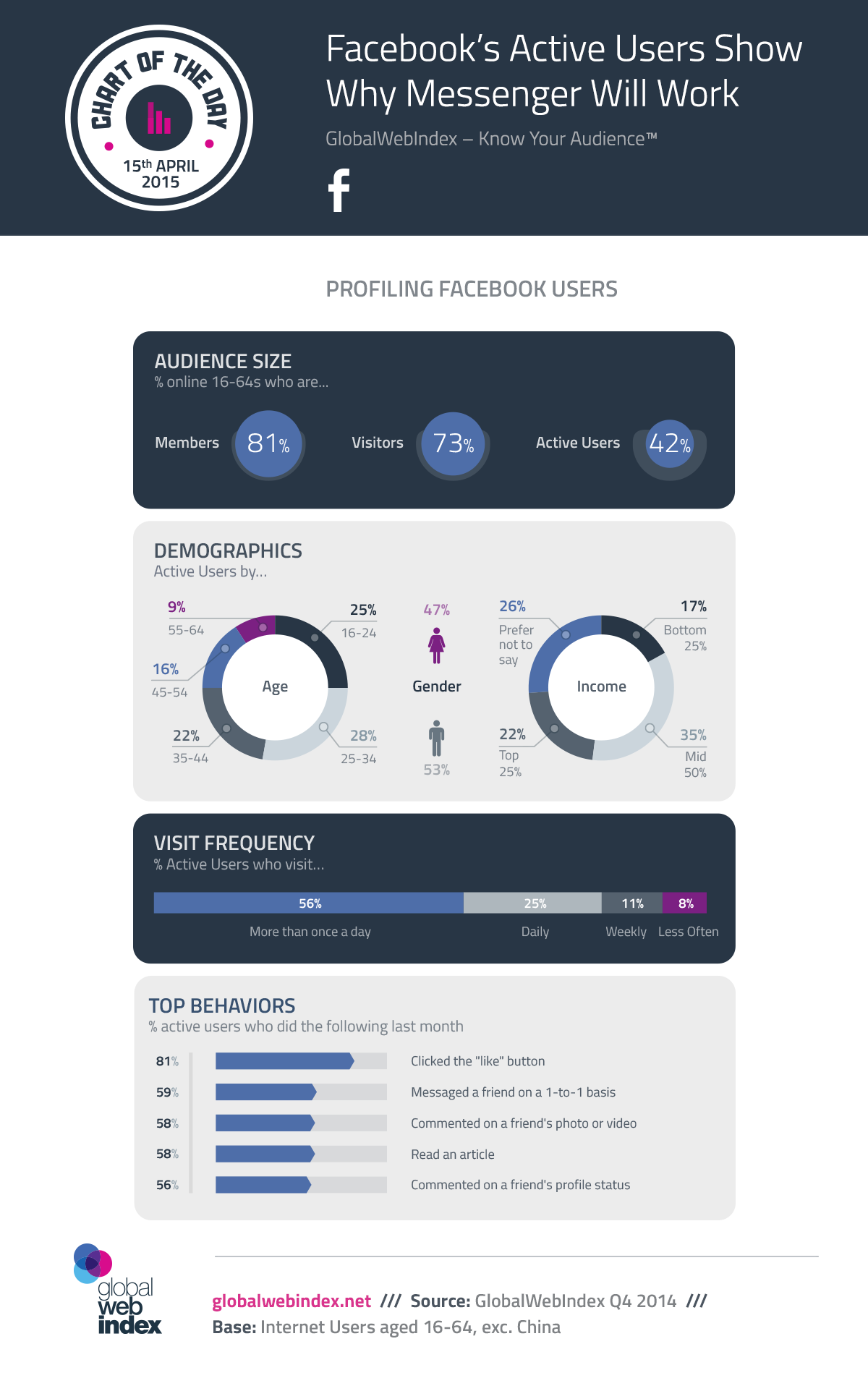