The latest move from Facebook has seen it adding tools to engage TV viewers as they watch live broadcasts.

With new features like hashtag voting and polling for live events, this is a clear move to challenge Twitter as the go-to point for those who second-screen while watching TV.

A notable 86% of Facebookers second-screen at the moment, but Twitter scores the best figures for behaviors relating specifically to TV shows: 1 in 5 Twitter users shared their opinion of a TV show the last time they second-screened, compared with 12% of Facebookers.

What’s more, Twitter users are 66% more likely than average to interact with the online content of a TV show, whereas Facebookers are just 6% more likely to do this.

So, this could mark a clear attempt by Facebook to catch up on these metrics. 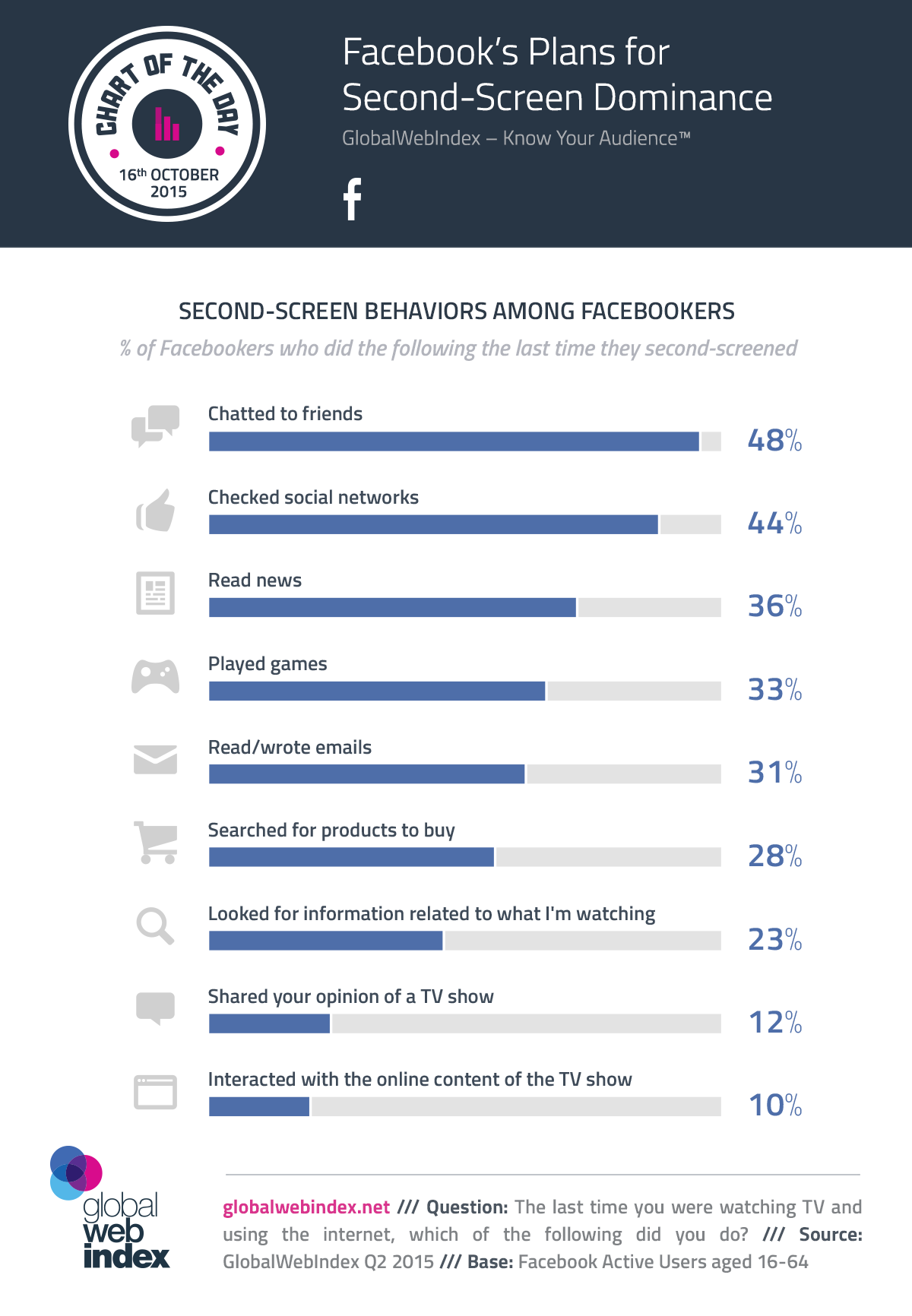