Facebook’s Results: WhatsApp in the Ascendancy

Facebook’s latest results brought few surprises: it reported another rise in monthly active users (as it always does), highlighted WhatsApp’s buoyant growth and emphasized the strong increases (and profits) it is seeing via mobile.

GWI’s data confirms that the social networking giant does indeed have much to celebrate: as we explore below, WhatsApp is now the top global chat app, mobile traffic to the main site saw another increase and the network was by far the most popular social platform during the World Cup.

Our research does, however, paint a slightly different picture in terms of overall usage – a direct result of GWI employing a stricter definition of what counts as an “active user” when compared to Facebook’s own criteria.

In Q2 2014, our figures show that the number of monthly Facebook visitors across GWI’s 32 countries held steady, rather than increased, and that active usage saw a very minor dip (continuing a trend we’ve been seeing over the previous six quarters). However, that more than three quarters of internet users outside of China are still visiting Facebook each month is an impressive achievement in itself – and an obvious warning against accepting claims that the site has lost its relevance or is being deserted by millions of members.

It’s also important to note we are still using Facebook – we’re just less likely to be posting and commenting on things on the main site as mobile plays a more and more important role within our social networking behaviors. Facebook’s eagerness to highlight its mobile success is in fact the best evidence of this trend in action.

Let’s start with WhatsApp. In GlobalWebIndex’s research, it’s now become the number one chat app globally – having overtaken the social network’s own Messenger service during 2014 to be used by about 40% of the mobile audience. But this headline figure can mask some much stronger national performances, with percentages surpassing the three-quarter mark in places like South Africa and Argentina and providing some context as to why the app was such an attractive acquisition.

Clearly, though, the rapid rise of WhatsApp means that a lot of the communication that used to be taking place via Facebook itself has migrated to the messaging space. For confirmation of this, we need look no further than Messenger: after Facebook removed the messaging function from its main app in the UK, usage of Messenger – the tool to which people were directed – jumped from 27% to 40% in just six months. What’s more, when GWI surveyed WhatsApp users in the UK, the majority (57%) said that they were using Facebook less than they used to. So, we’re talking less on Facebook itself – and hence using it slightly more passively – because so many of our conversations are now happening via chat apps.

Mobiles are making their impact felt elsewhere, too. Between Q1 and Q2 2014, GWI research shows that the number of Facebook visitors arriving via a PC or laptop fell by 3%, while the equivalent figure for mobiles climbed by 4%. This continues a long-standing trend which sees smartphones accounting for a bigger and bigger share of the total time we spend on Facebook. Again, though, this encourages a more passive form of usage where we are often more likely to browse the newsfeed and check updates rather than post things ourselves.

The rise of this more “passive” form of Facebooking on mobiles should not be a cause for concern. It’s hard to think of many mobile advertising systems which offer equivalent accuracy and reach in terms of targeting, something which the new “Save” function will amplify still further (knowing that someone is sufficiently interested in a topic to bookmark it for later reading might not be the express purpose of the tool, but it’s hard to imagine that it wasn’t a contributing factor to its introduction). Similarly, the success of Facebook’s Exchange doesn’t rely on people using the site actively – it just needs them to carry on visiting. Which, as we’ve seen, they clearly are. 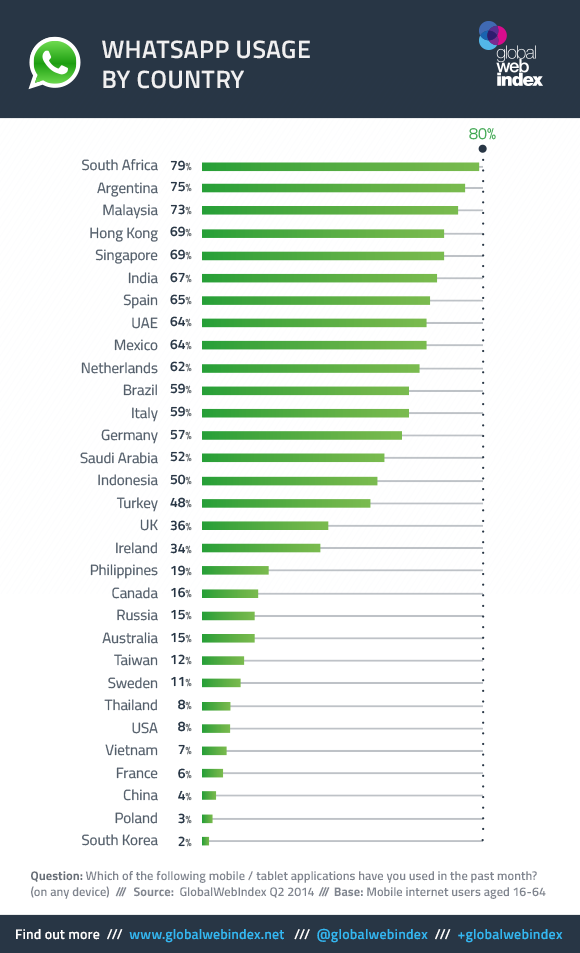