Facebook Still No.1 For Teens But Active Usage Falling

As we show in our new Teens report – Facebook remains the top social platform among 16-19s. However, its popularity is falling: about half of teenage internet users now say they are active on Facebook, down from 70% in 2012.

This still gives Facebook a notable lead over its rivals (YouTube and Twitter can boast active usage rates of around 30%, whereas Google+ posts a figure nearer a quarter) but it’s clearly important that two thirds of teen Facebookers in the UK and US say they are using the network less – mostly due to a lack of interest or else simple boredom with the site.

The ways in which teens are using the network are changing too. Last month, 4 in 10 teen Facebookers browsed the platform without contributing – a theme we explore in more detail inside our Passive Facebooking report.

It’s the smaller, more specialized social networks which are the main drivers – and beneficiaries – of these trends. Teens are significantly more likely than average to be using Tumblr (15% are – three times as many as who were active on the platform in 2012). Instagram has also doubled its teen audience since 2013; almost a quarter of Teens are now using the photo-sharing service. 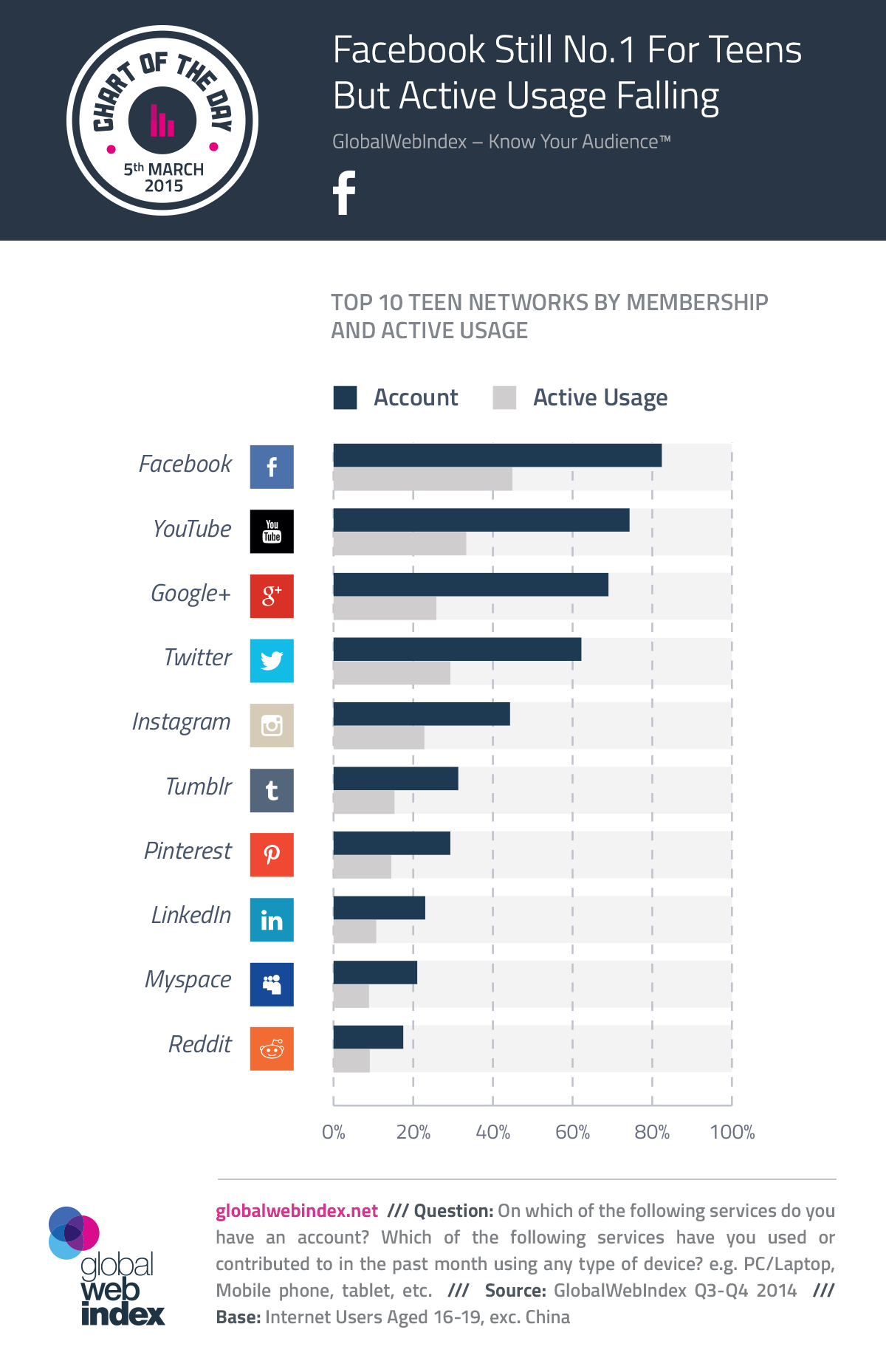